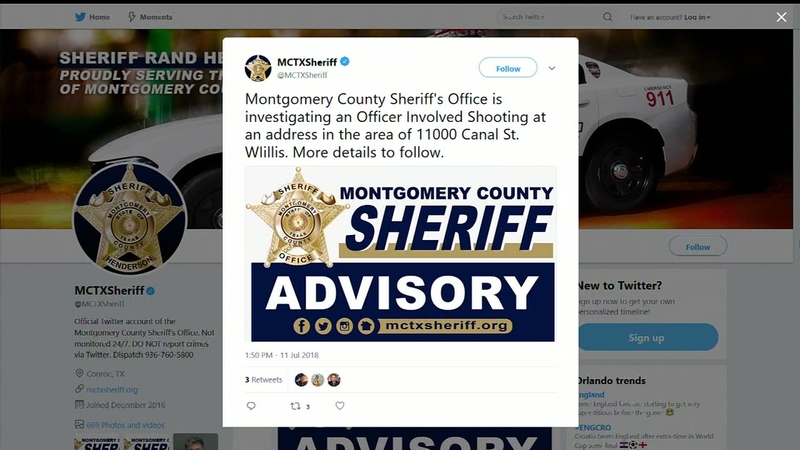 WILLIS, Texas (KTRK) -- A woman carrying a knife has died in an officer-involved shooting in Willis.

The Montgomery County Sheriff's Office arrived to the scene in the 11000 block of Canal Street around 2:30 p.m. Wednesday.

The woman, who investigators say burglarized the home, was belligerent and unresponsive to commands to put down the knife, officials said.

During a press conference, officials said the knife-wielding woman advanced toward a sergeant.

"Fearing for the sergeant's safety and life, a four-year and six-year veteran (deputies) of the Montgomery County Sheriff's Office discharged their firearms, striking the female multiple times," the sheriff's office said.

The woman was pronounced dead after first aid efforts failed.

Montgomery County Sheriff's Office is investigating an Officer Involved Shooting at an address in the area of 11000 Canal St. WIillis. More details to follow. pic.twitter.com/PL3O8SR2I4