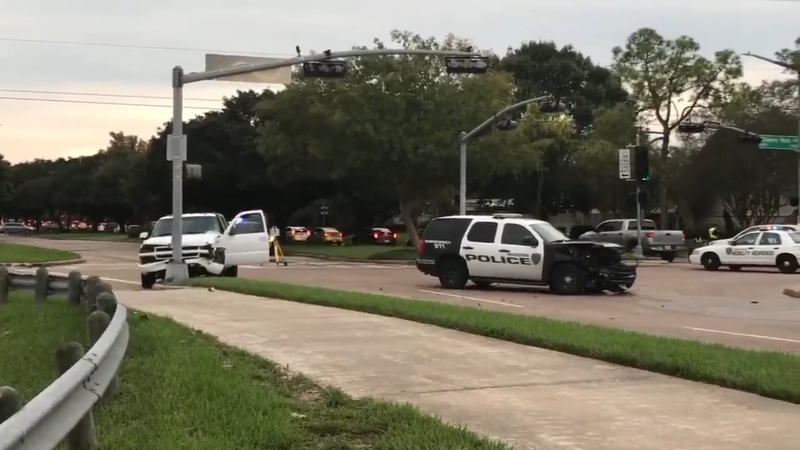 Police say the two-vehicle wreck happened shortly before 6 a.m. on Chimney Rock at South Braeswood. The officer reportedly had emergency lights on when the Chevy Tahoe struck the patrol vehicle at the intersection.

One of our officers & a citizen are hospitalized w/ non-life-threatening injuries due to a crash on S. Braeswood @ Chimney Rock about 6 am. The officer entered the intersection w/ emergency lights activated & was struck by a Chevy Tahoe. Investigation is ongoing. #hounews

The officer and the other driver involved were both taken to a hospital for treatment. Their injuries were said to be not life-threatening.