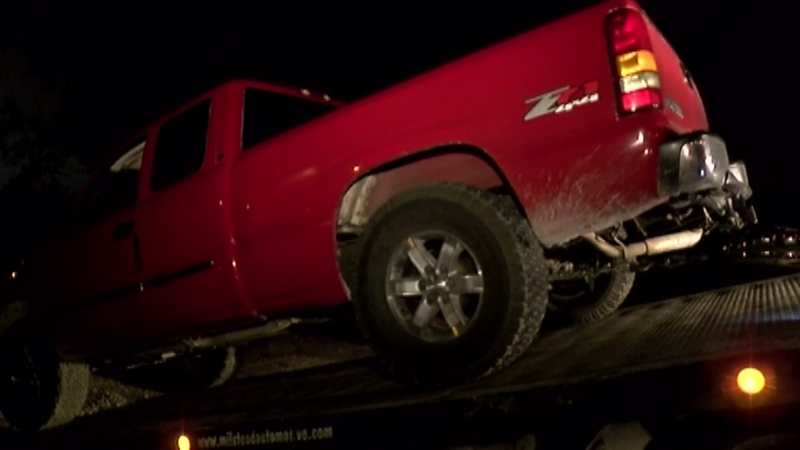 MONTGOMERY COUNTY, TX (KTRK) -- Authorities are hoping the discovery of a stolen truck will lead to an off-duty deputy's attackers.

The Montgomery County crime lab is looking for fingerprints in the vehicle that was found Sunday morning in northeast Houston.

The search continues for two men accused of attacking an off-duty deputy at a Porter gas station.

HPD officers say this all began Saturday night as a Montgomery County Sheriff's deputy was stopped with his wife at a gas station.

The couple was getting ready to head to their deer lease, his truck hooked up to a trailer with a four wheeler.

When the deputy returned from inside the gas station with some ice, officers say he was approached by two black males who took him to the ground.

The suspects are accused of repeatedly kicking him in the head, and trying to steal his wallet.

The deputy's wife jumped out of the truck with a pistol and began to open fire.

The deputy was left with lacerations to his face, several missing teeth, and a broken jaw.

HPD says the men fled the gas station in a red pickup truck, as we told you was recovered yesterday morning.

Officers said the truck was stolen from its owner during a carjacking several days before in Houston.

As for now, the suspects are still on the run.
EMBED More News Videos