Sylvie and the Owl

Some little girls have puppies, others have lawn owls. A one-and-half-year old girl in Massachusetts, named Sylvie, is best friends with a lawn owl, named Whootie.

Photos of the unlikely duo went viral after Sylvie's uncle shared them on Twitter.

Most kids have a stuffed animal or blankie. My niece has one of those plastic owls u put outside to scare away birds pic.twitter.com/U3CX3Gcb0V

Whootie was supposed to be a birthday gift for Sylvie's dad. He planned to put it on his boat to scare away birds. However, once Sylvie saw the owl, they became inseparable.

They special bond they share is beyond adorable. Although Whootie is almost the same size as Sylvie,she carries him around everywhere she goes. It doesn't matter if Sylvie is in the house, at the park or taking a ride in the car - Whootie is right by her side. Sylvie even sleeps with Whootie.

"When I wake up in the middle of the night and look at the baby monitor, there's an owl face staring at me, which is kind of creepy and ridiculous," said Rebecca.

Rebecca said Sylvie loves owls and one of her favorite bedtime stories features an owl.

The photos of Sylvie and Whootie have been retweeted more than 10,000 times and Rebecca said her family is "getting a big kick" out of this.

If you love this story, check out this little boy who is best friends with a duck. 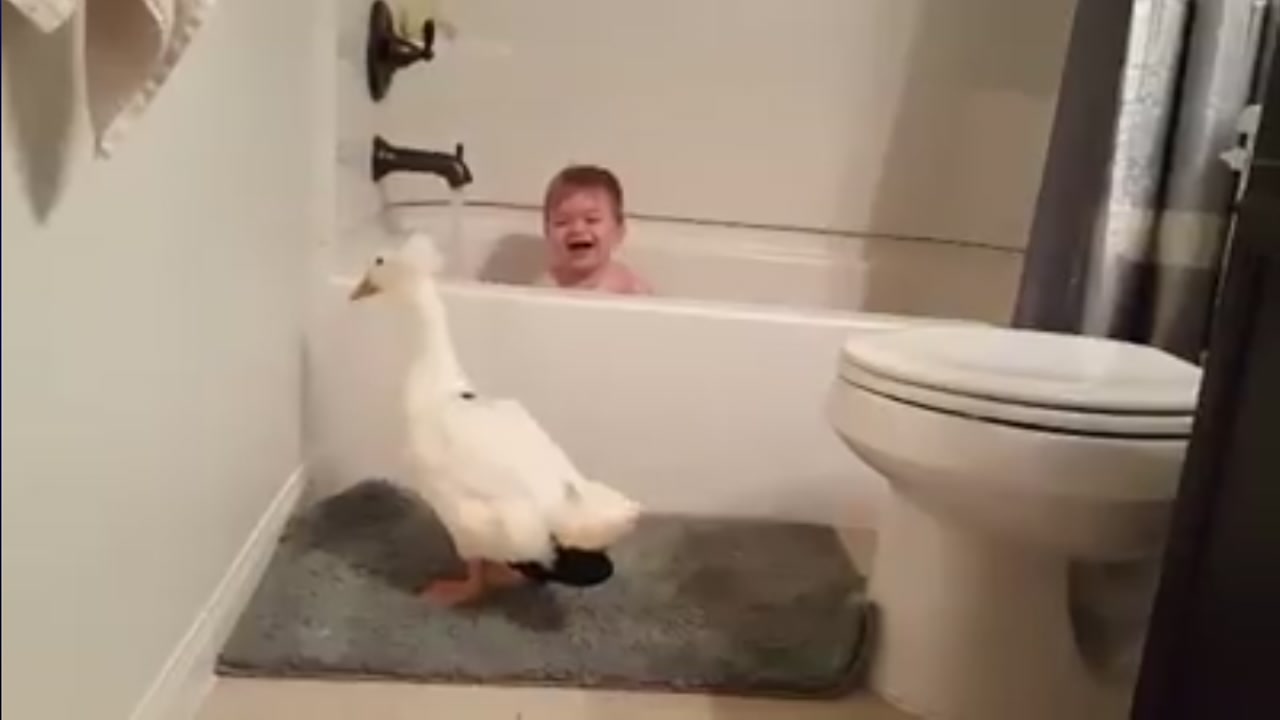