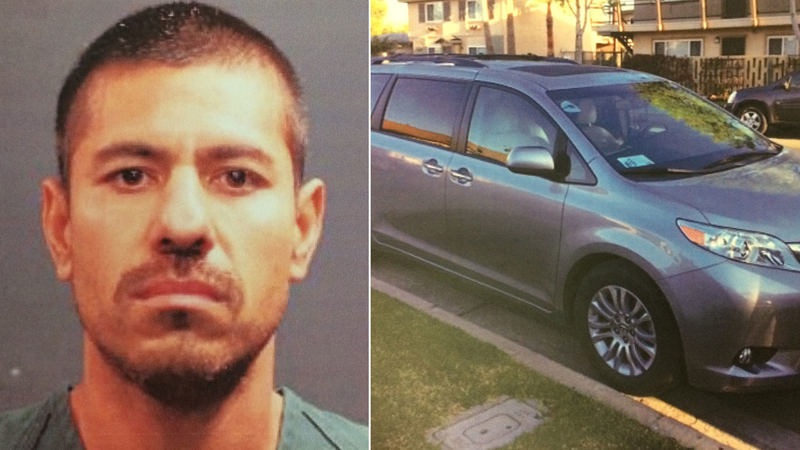 SANTA ANA, Calif. -- A 37-year-old Uber driver was arrested for allegedly sexually assaulting a female passenger in California, and police believe there may be more victims who have not come forward.

Angel Sanchez was arrested Saturday at his Costa Mesa home on suspicion of sexual assault, which police said took place Thursday night near the victim's home in Santa Ana.

The woman, whose name was not released, requested the Uber ride to her house and was picked up by Sanchez in a gray 2016 Toyota Sienna. Santa Ana police said the assault took place inside the van near the victim's destination after the driver pulled over to a side street.

"She had fallen asleep and woke up being sexually assaulted," said Cpl. Anthony Bertagna with Santa Ana police. "She was able to fight and break free and immediately called us."

Sanchez, who has been an Uber driver for over one year, was booked into the Santa Ana PD Jail on sexual assault charges and was being held on $100,000 bail.

Uber released a statement to Eyewitness News saying Sanchez has been banned from the ride-share service.

"What the rider has reported to police is deeply troubling and will not be tolerated. The driver has been banned from the app. We will continue to support police with their investigation," the statement read.

Santa Ana police detectives believe this may not be the first time Sanchez has targeted a passenger. Anyone who has witnessed inappropriate or assaultive behavior by Sanchez was urged to call (714) 245-8412.