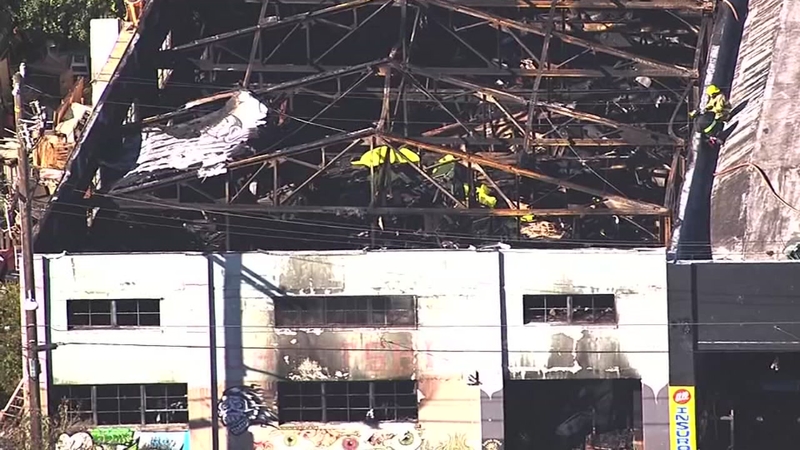 President Obama's statement on the Oakland fire:
Today our prayers go out to the people of Oakland, California in the aftermath of this weekend's deadly warehouse fire - one of the worst fires in the state's history. While we still don't know the full toll of this disaster, we do know that an American community has been devastated, and many people - including young men and women with their whole futures ahead of them - have tragically lost their lives. I want to thank the dedicated first responders who have been working tirelessly for days to contain the situation, recover victims, and treat the wounded. My Administration is in close contact with our state and local partners on the ground to make sure that authorities have everything they need as they continue response operations and investigate the cause of the fire. Oakland is one of the most diverse and creative cities in our country, and as families and residents pull together in the wake of this awful tragedy, they will have the unwavering support of the American people.
Related topics:
californiabuilding firepartyu.s. & worldmissing person
Copyright © 2022 by The Associated Press. All Rights Reserved.
BUILDING FIRE
Fire causes partial roof collapse at church in Aldine area, HFD says
All-clear issued after chemical fire extinguished at La Porte plant
Catholic church fire in Fayette Co. possibly caused by gas leak
HFD tames flames at lounge along the N. Freeway
TOP STORIES
Shell Freedom Over Texas returns to Eleanor Tinsley Park this July 4
Highland Park parade shooting victims range in age from 8 to 85
Person on interest taken into custody after 6 killed in IL shooting
2 14-year-old girls from Central Texas at center of Amber Alert
Stay hydrated! Very hot temps in store for your July 4
25 acres of land burned after grass fire near Spring Cypress
Joey Chestnut, Miki Sudo win Nathan's Hot Dog Eating Contest
Show More
Site of drive-by shooting has history of violence, data shows
Family of 17-year-olds killed during pool party speak out
Calls from Texas flood New Mexico abortion clinic, wait time grows
Body recovered during search for man who went missing near Tiki Island
Family pleads for release of Houston dad held in Russia
More TOP STORIES News