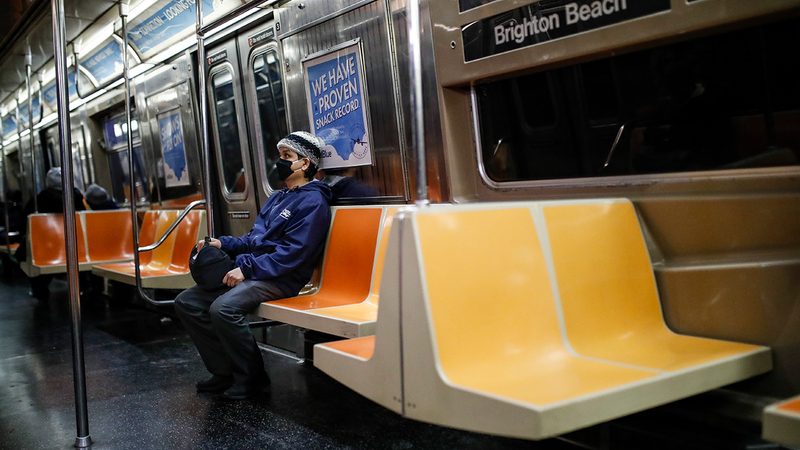 On the subways, they are asking people to wait for the next car if a train pulls up and is crowded. They also want riders to call 311 when they see crowded cars.

Officers will respond and they're already spot checking.

When it comes to parks and playgrounds, the city is still watching those areas.

They're taking down equipment like basketball nets and soccer goals when they find too many people using them.

The mayor said he will shut down playgrounds if needed.

"They're going to give people every chance to listen. And if anyone doesn't listen, then they deserve a fine at this point. And I don't want to fine people when so many folks are going through economic distress, but if they haven't gotten the message by now and they don't get the message when an enforcement officer's staring them in the face saying, I don't want to fine you, but if you don't change what you're doing, I'm going to have to, well, you know, that person then deserves the fine," de Blasio said.

We know of one man who was arrested in Gravesend Saturday night.

Neighbors called 311 complaining about people drinking and gambling inside a club that appeared from the outside to be shuttered.