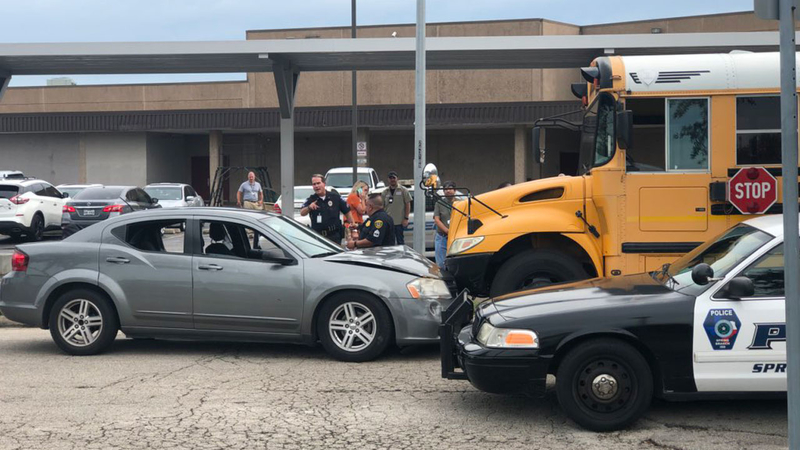 Northbrook HS placed on lockdown after suspect crashes into bus

HOUSTON, Texas (KTRK) -- A manhunt is underway for a suspect who led police on a chase before crashing into a parked school bus outside of Northbrook Senior High School in northwest Houston.

A gray vehicle that police say was stolen can be seen wrecked just outside of the school.

Spring Branch ISD officials said several students were inside the bus at the time of the crash, prompting a two-hour lockdown of the campus.

The all-clear was given at the school just after 5 p.m. as police continued their investigation.

The Houston Police Department says the driver got away on foot, but a passenger was taken into custody at the scene.

School officials said no one was injured in the incident.

HPD officers are continuing their interviews with students and staff, while searching by air and on the ground with K-9 units for the second suspect.

Their focus appears to be on an apartment complex on Crestdale near Kempwood.

We do not have a description of the suspect who is on the run.