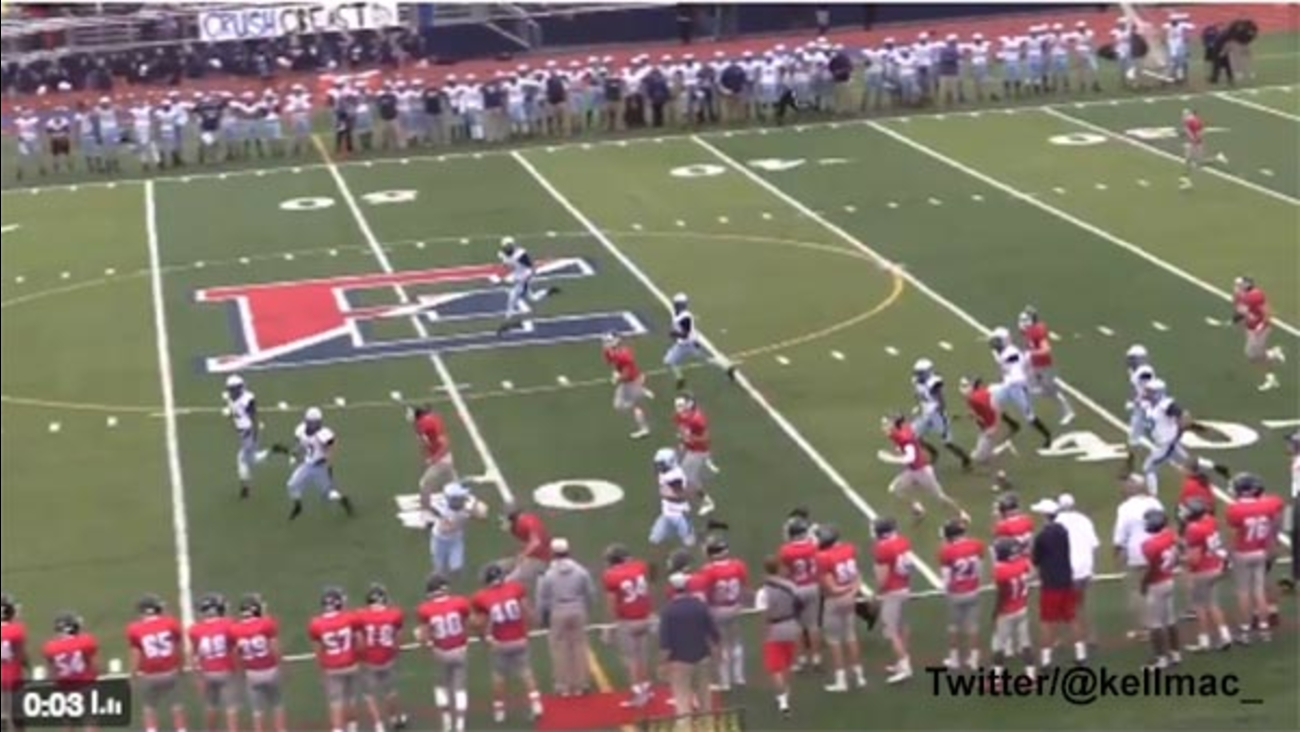 North Penn's Kelly Macnamara is making quite the impact.

The first female football player in the history of North Penn High School tweeted a video of her hard-hitting block on a Central Bucks East High School player during their Suburban One League Continental Conference game Saturday - and the video has gone viral.

Along with the video, Macnamara tweeted "7-0" referring to North Penn's undefeated record for the season.