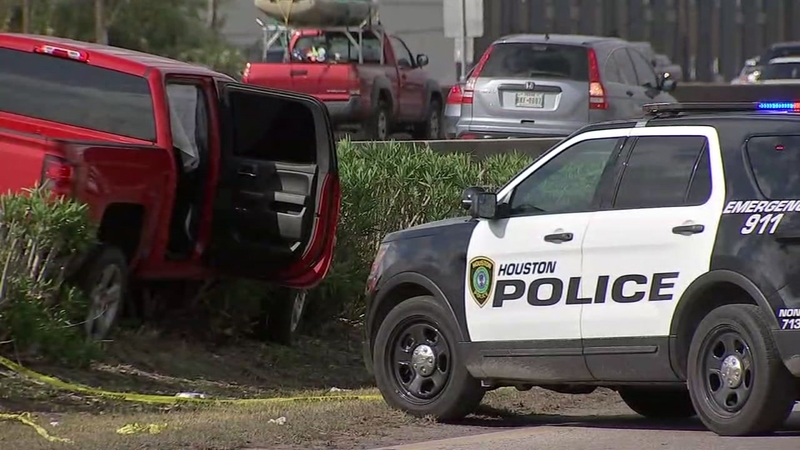 Person in red pickup truck shot along the North Fwy

HOUSTON, Texas (KTRK) -- Houston police are investigating after a man was shot along the North Freeway feeder road at Airline.

Houston police say a man in a red truck has been shot. He is described as a Hispanic male between 18 and 25 years old.

He was shot in the head, but is still alive and expected to survive. Investigators said there was another person in the truck with the victim.

Right now, police said it is unclear whether the shooting was related to a road rage incident or whether the passenger of the truck actually shot the driver.

The vehicle can be seen on traffic cameras, and is surrounded by police cruisers at the scene.

Investigators have shut down the northbound feeder road at Airline as they investigate.

Our Eyewitness News crew are being kept about a quarter mile from the scene by police.

Photographer Jaime Zamora reports the truck is stopped across from a Discount Tire store near the freeway.

Employees at the store declined to comment about the incident, and we are awaiting more information from investigators.