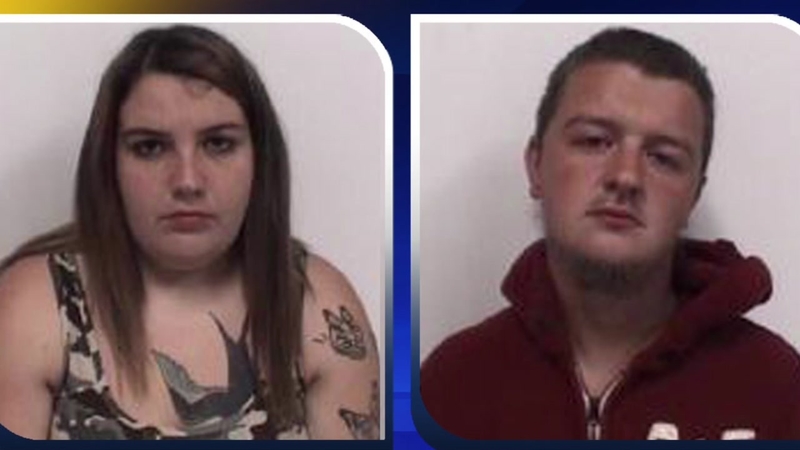 LEXINGTON, North Carolina -- A North Carolina couple is charged with felony child abuse after maggots were found in the diaper of an 18-month-old baby, one of seven children in their care, police said.

The Dispatch of Lexington reports police also charged 25-year-old Jamie Leigh Hiatt and 26-year-old Michael Patrick McKnight of Lexington with misdemeanor child abuse. They were jailed on $100,000 bond each. It's not known if they have attorneys.

According to Lexington police, officers performing a welfare check at a home last Friday discovered seven children all under the age of 6 that were malnourished and unclean. Capt. Michael Hunt said officers encountered an overwhelming smell of feces and urine when they went into the home, and they described the living conditions as "extremely poor."

Hunt said the officers contacted emergency personnel and the Department of Social Services.

Police said 18-month-old twins were taken to Wake Forest Baptist Medical Center in Winston-Salem. One was found to have maggots in his diaper. They're in fair condition and are expected to be released to DSS custody and placed with appropriate family members or foster parents.

A 1-year-old child was taken to Wake Forest Baptist-Lexington Medical Center for treatment of malnutrition before being released to a family member, police said.

The other children, ages 3, 4, 5 and 6, were removed from the home and placed in foster care or with other relatives. An 8-year-old who was living at the house had been recently staying with their father, according to police.