Former Texans cheerleader claims she was attacked by fan during game 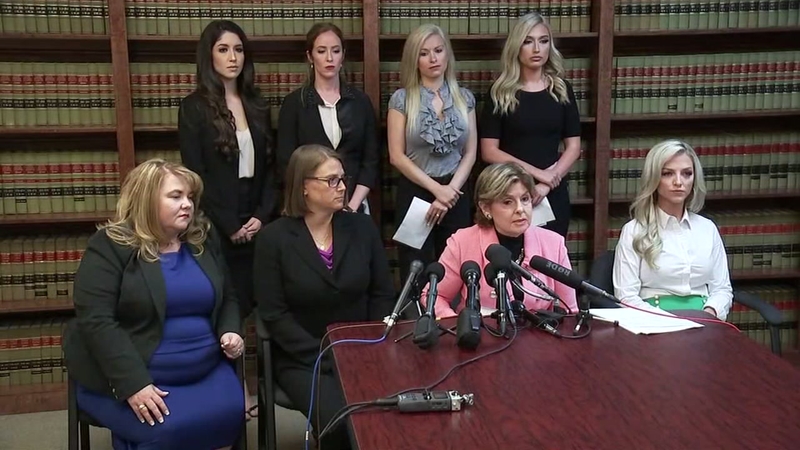 HOUSTON, Texas (KTRK) -- During a press conference held Friday morning, five Houston Texans cheerleaders discussed their lawsuit against the organization over allegations of non-payment and harassment.

The former cheerleader's lawyer Gloria Allred claimed the cheerleaders were exploited and overworked for only $7.25 an hour.

Allred, a feminist lawyer, says she will be delivering a letter to the NFL Commissioner about the allegations and wrong-doings of the Texans organization.

Hanah Turnbow, one of the five former cheerleaders, claimed that she was attacked by a fan during a game, and the organization did nothing about it.

Turnbow said that when she complained about the fan, she was told to "suck it up" by the cheerleading staff.

The suit also claims that the women were body shamed, not paid overtime, harassed, bullied and often told that they were "disposable."

During the press conference, the woman said they spent countless hours making public appearances with no security or transportation.

During a press conference, five Houston Texans cheerleaders discussed their lawsuit against the organization over allegations of non-payment and harassment.

According to the former cheerleaders, the organization made thousands of dollars on the appearances and paid the cheerleaders almost nothing.
The women said that hours spent traveling to distant locations were not compensated either.

Hotel arrangements were reportedly paid by the Texans, but the cheerleaders received no stipend to cover food cost and were not reimbursed for time missed at their other jobs.

The Texans say they're making adjustments to make the program enjoyable for everyone.