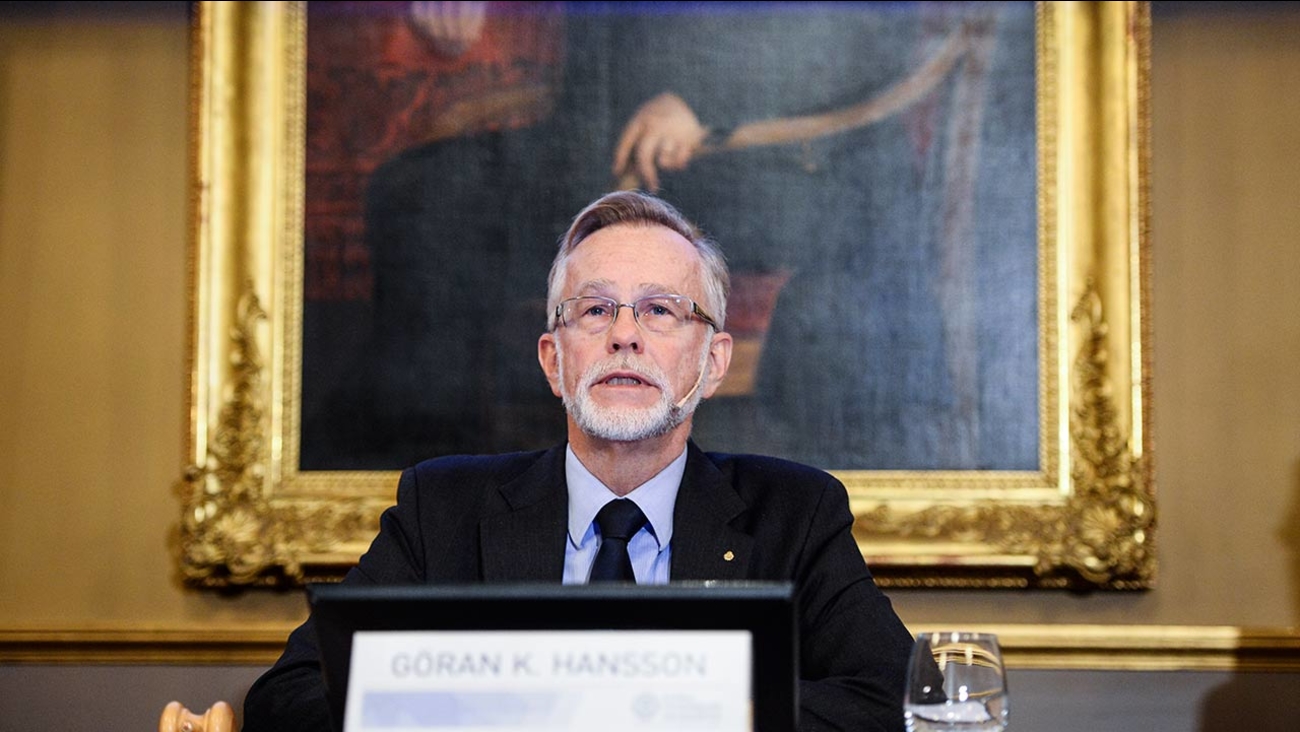 Deaton, who was born in Edinburgh in 1945, now works at Princeton University in the United States. He holds both U.S. and British citizenship.

The academy said the work for which Deaton is now being honored revolves around three central questions: How do consumers distribute their spending among different goods; how much of society's income is spent and how much is saved; and how do we best measure and analyze welfare and poverty?

In a press conference following the announcement, Deaton described himself as "someone who's concerned with the poor of the world and how people behave, and what gives them a good life."

The economics award is not a Nobel Prize in the same sense as the others, which were created by Swedish industrialist Alfred Nobel in 1895.

Sweden's central bank added the economics prize in 1968 as a memorial to Nobel.

The announcement concludes this year's presentations of Nobel winners.

The medicine prize went to three scientists from Japan, the U.S. and China who discovered drugs to fight malaria and other tropical diseases. Japanese and Canadian scientists won the physics prize for discovering that tiny particles called neutrinos have mass and scientists from Sweden, the U.S. and Turkey won the chemistry prize for their research into the way cells repair damaged DNA.

Belarusian investigative journalist Svetlana Alexievich won the literature award while the peace prize went to The National Dialogue Quartet in Tunisia for its contribution to building democracy in Tunisia following the 2011 Jasmine Revolution.

The awards will be handed out on Dec. 10, the anniversary of prize founder Alfred Nobel's death in 1896, at lavish ceremonies in Stockholm and Oslo.