No Layups: Checking in with Steve Francis and Portugal. The Man guitarist Eric Howk 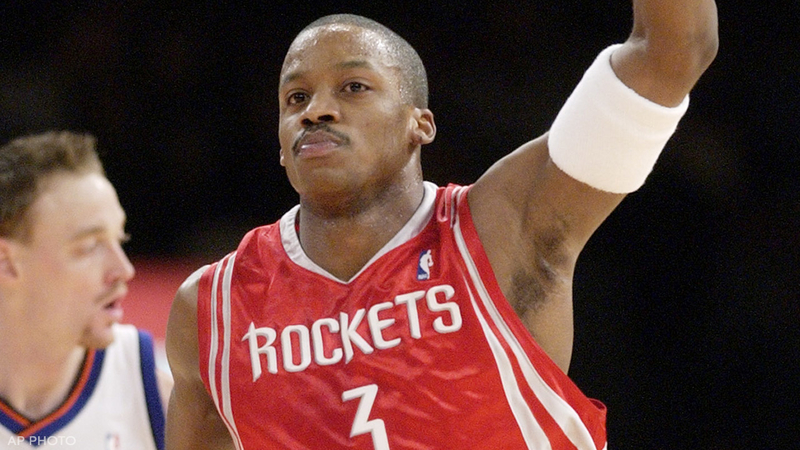 What has Steve Francis been up to?

HOUSTON, Texas (KTRK) -- Rock music and sports converge in this afternoon's episode of "No Layups" with ABC13's David Nuno and Raheel Ramzanali.

No, you won't have to listen to David and Raheel sing (well, maybe). Instead, the musician angle will be coming from Eric Howk, guitarist for rock band Portugal. The Man.

While Howk could certainly school the guys on epic guitar riffs, he'll actually be joining to weigh in on the NBA.

Portugal. The Man is a Portland-based band known for representing their city and being huge Portland Trail Blazers fans.

In fact, the band is so devoted to the team, their name on Twitter is "Portland Trailblazers, Man."

Raheel is extremely excited about this, so expect a thrilling, vivid conversation.

I can't wait to chat with him about the NBA and one of my favorite bands! @DavidNunoABC13 pic.twitter.com/JiC8kGGNNV

Back on the home front, former Houston Rocket Steve Francis will swing by to talk about a new league he's involved with.

Francis was the second pick in the 1999 NBA Draft.

After stints with teams including the Orlando Magic, New York Knicks and the Portland Trail Blazers. His NBA career ended with a 10-game stint back in Houston in 2007-08.

You can play this episode of "No Layups" and catch up on previous shows from ABC13 on your favorite streaming devices, like Roku, FireTV, AppleTV and AndroidTV. Just search "ABC13 Houston."

No Layups: Texans have new GM, but what about those Deshaun Watson trade rumors?
EMBED More News Videos

The Texans have a new general manager, but rumors are circulating QB1 wants out of Houston.

No Layups: Why is Houston sports such a hot mess?
EMBED More News Videos

On this episode of No Layups, we're talking about what's next for the Houston Rockets now that their star guard James Harden got his wish to leave the team.