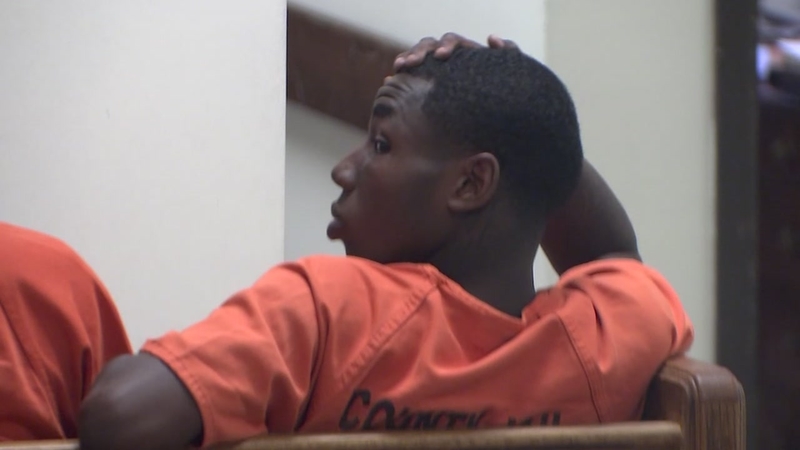 HOUSTON, Texas (KTRK) -- A judge has set no bond for the 18-year-old charged with murder in the drive-by shooting that killed an 8-year-old boy.

A third sibling was not injured in the shooting.

Devonte Lockett arrested in death of 8-year-old boy, Miya Shay has the latest.

"We've had a lot of tips coming in," Acevedo said.

He added that the department is looking for possibly other suspects in the fatal drive-by shooting.

"I have authorized an additional $1 million in police overtime to work in communities to solve this and other crimes and build relationships with diverse neighborhoods," Turner said.

Lockett is no stranger to police.

According to documents, he was previously charged for evading arrest, possession of a controlled substance, and for carrying a handgun in a motor vehicle.

Hutchins was the 10th child shot and killed in Houston in the past year, police say.

News of the child's murder sent shockwaves through the community, with Turner and Acevedo weighing in on the crime.

Mayor Turner tweeted after hearing the news of Lockett's arrest, saying, "Violence against our kids will not be tolerated. We will work overtime and spend whatever it takes to protect our children."

Violence against our kids will not be tolerated. We will work overtime and spend whatever it takes to protect our children. In this case, I want to thank law enforcement and more importantly the community for providing the needed information that led to this arrest. st

Police are working to track down the person who shot a boy and girl outside a southeast Houston nail salon.