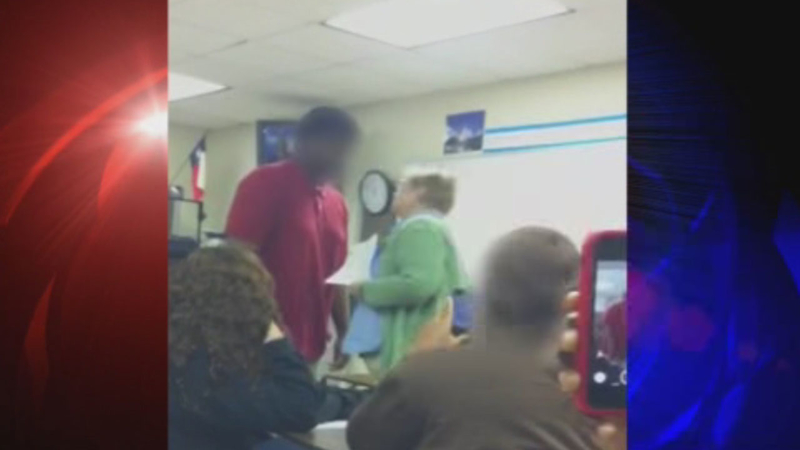 HOUSTON (KTRK) -- A teenager is charged with injuring an elderly person after authorities say he shoved a substitute teacher to the floor in class on Thursday. It was all captured on cell phone video.

We spoke briefly with the retired teacher who was knocked down. Beverly Round spoke from her doorway, telling us she did not want to talk about the incident and wanted privacy.

She was working as a substitute at Nimitz when she took away a student's cell phone. She was pushed repeatedly by that 15-year-old student, then was knocked to the ground. The teen then appears to take the phone back. Other students recorded the attack. 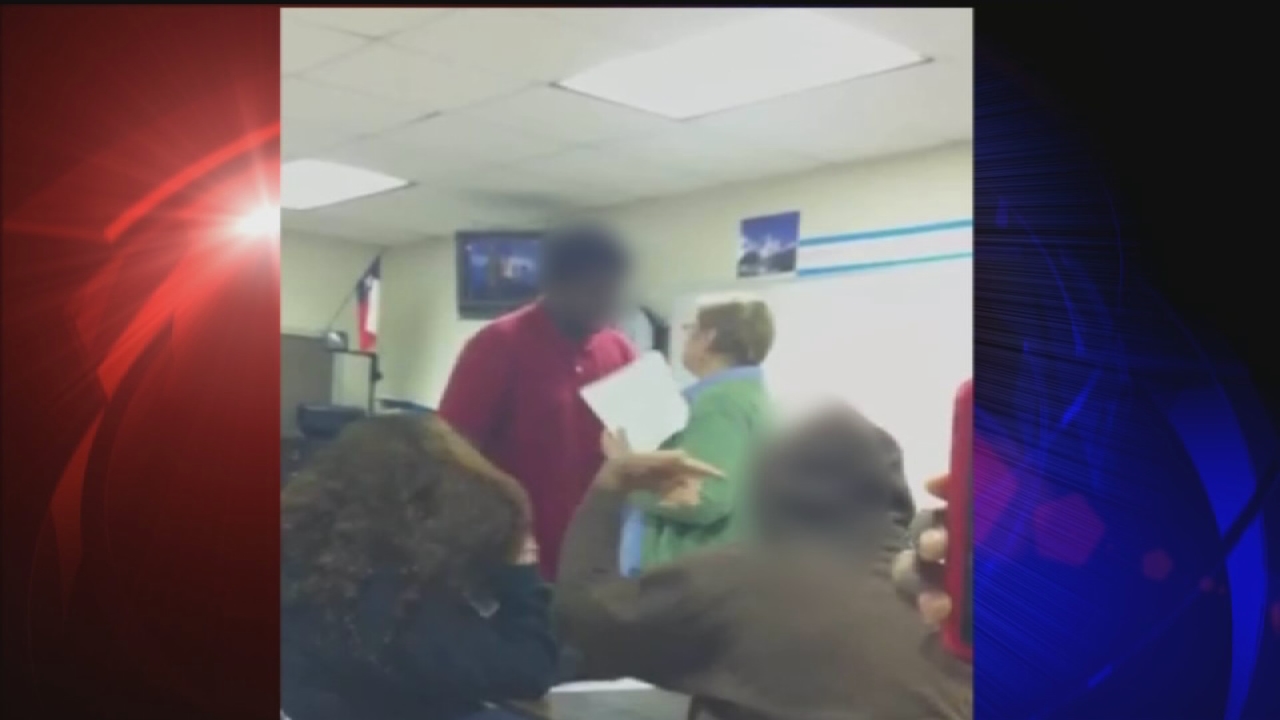 Round was taken away in an ambulance. Her neighbors who saw the video say she was worried about working with some of the students.

"I spoke with her couple of months ago. She was thinking about going back didn't know if she wanted to go back because the kids were so bad," said neighbor Yvette Nash.

Aldine ISD police say the 15-year-old student is charged with felony injury to an elderly person.