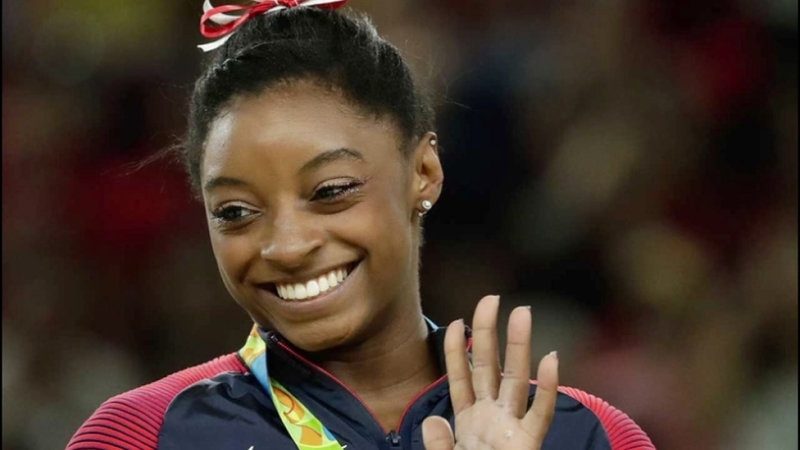 Bono was appointed Friday to hold the position while USA Gymnastics searches for a permanent successor to Kerry Perry, who resigned under pressure from the United States Olympic Committee in September after spending nine months on the job.

Biles responded Saturday to a tweet from Bono last month criticizing Nike following the release of its advertising campaign featuring former NFL quarterback Colin Kaepernick. Bono, a former Republican congresswoman, had posted a photo of herself drawing over a Nike logo on a golf shoe.

Biles quote-tweeted Bono's photo and wrote: "(asterisk)mouth drop(asterisk) don't worry, it's not like we needed a smarter usa gymnastics president or any sponsors or anything."

don’t worry, it’s not like we needed a smarter usa gymnastics president or any sponsors or anything https://t.co/cYQizcjywn

Bono deleted her tweet about five hours later, saying she regretted the post and respects "everyone's views & fundamental right to express them."

Hey all, I know the Tweet will live on but have taken it down to move the focus to all I hope to accomplish on behalf of a great sport & those who are dedicated to it

Nike is one of Biles' sponsors.