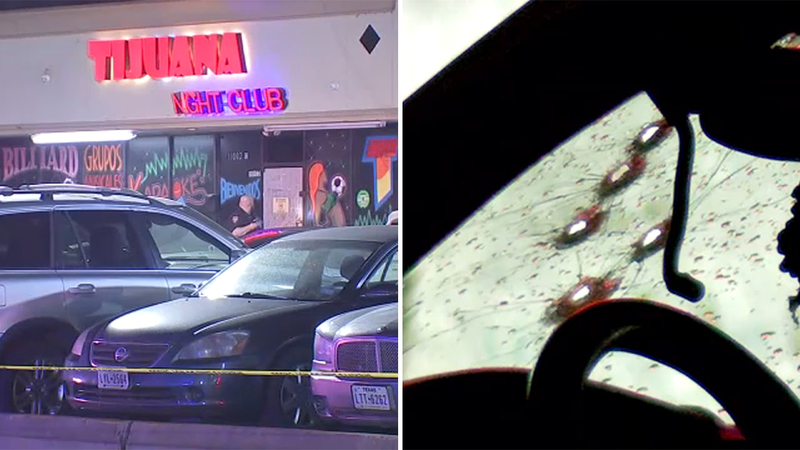 HARRIS COUNTY, Texas (KTRK) -- A man who was found shot several times inside an SUV in northwest Harris County is not expected to survive his injuries, according to deputies.

The shooting happened overnight outside Tijuana Club off Jones Road and FM-1960.

Harris County sheriff's deputies found six to eight shell casings on the ground around the SUV, according to investigators.

Deputies were not far from the nightclub, working a separate home invasion incident, when the shooting was reported around 2:30 a.m. Monday.

When deputies arrived at the scene, they found a tan Ford Explorer with several bullet holes through the windshield, and inside was the victim, a 31-year-old Hispanic man.

He was taken by Life Flight to Memorial Hermann Hospital in critical condition, and is not expected to survive his injuries, officials said.

Investigators said everyone had scattered from the parking lot by the time they arrived at the scene. The nightclub was already closed, and the customers had already left.

"The victim was sitting in his vehicle when he was shot. The shots were going through the windshield, and was transported to the hospital by life flight," Sgt. Ben Beall said.

Deputies found a pistol inside the victim's vehicle, though they said it doesn't look like he was able to fire any shots.

Investigators said a review of surveillance video from a nearby business showed a red pickup truck flee the scene after the shooting.