What we know about Florida school shooting suspect Nikolas Cruz 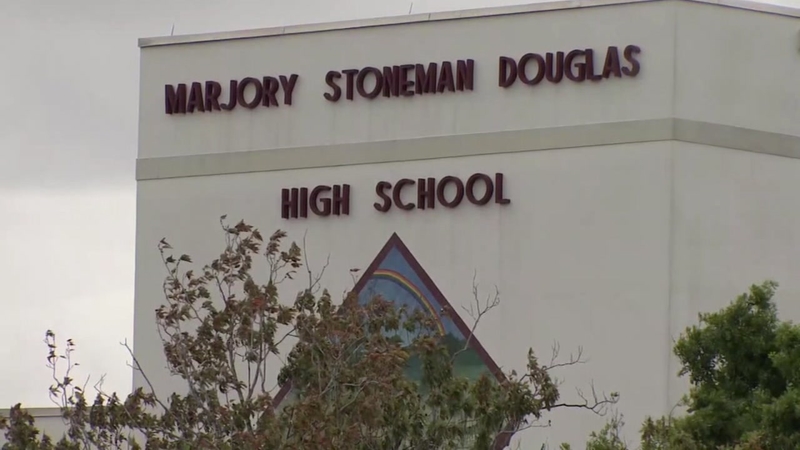 What we know about Florida school shooting suspect

PARKLAND, Fla. -- Officials have identified the Florida school shooting suspect as 19-year-old Nikolas Cruz, a former student at Marjory Stoneman Douglas High School who had been expelled for disciplinary reasons. He has been charged with 17 counts of premeditated murder.

Here's what we know about Cruz:

Gunfire erupted at Marjory Stoneman Douglas High School shortly before dismissal on Wednesday, Feb. 14. At least 17 people were killed and 23 injured during the shooting rampage, a mixture of students and adults.

The suspect was armed with an AR-15 and had numerous magazines, law enforcement officials said.

According to Broward County Sheriff Scott Israel, Cruz was arrested without incident after he was located off the school grounds in a nearby community. Cruz reportedly left the school by blending in with other students who were trying to escape.

After Cruz was apprehended, he was taken from the scene in an ambulance. Hours later he was later seen being led into a local police station wearing a hospital gown.

"We have already begun to dissect his websites and things on social media that he was on, and some of the things that have come to mind are very, very disturbing," he said.

Seventeen-year-old junior Matthew Walker spoke to ABC News, saying Cruz was known to show off knives and guns on his social media accounts.

"He was going class to class just shooting at random kids," he said. "Everything he posts [on social media] is about weapons. It's sick."

Cruz was adopted as an infant by two parents who have since died, a relative told ABC News. He lost his adoptive mother suddenly just months ago.

His adoptive parents were Roger and Lynda Cruz, according to cousin Kathie Blaine. Lynda got the flu but was otherwise healthy last year when she checked into a clinic. She wound up being rushed to the hospital and dying of pneumonia. Roger died of a heart attack in 2005.

Victoria Olvera, a 17-year-old junior, said Cruz had been abusive to his girlfriend. After they broke up, she said, Cruz got into a fight with her new boyfriend, leading to his expulsion.

Before he was expelled, a former teacher and classmate told ABC News, bullet fragments were found in his backpack after he'd been in a fight. After this, he was banned from carrying a backpack on campus.

Those who knew Cruz are painting a picture of a man obsessed with weapons.

A former classmate, Joshua Charo, said that Cruz spoke about shooting rats with a BB gun. Another student who was in J-ROTC with Cruz said that he once attempted to sell knives to a classmate.

According to other students, Cruz was the subject of jokes from other kids. A student told WFOR-TV that other students "knew it was going to be him."

"A lot of people were saying it was going to be him. A lot of kids threw jokes around saying that he was going to be the one to shoot up the school," the student said. "It turns out that everyone predicted it. That's crazy."

Employees at a nearby Dollar Tree told ABC News that Cruz used to work in their store and described him as a loyal responsible employee. They were shocked that Cruz, who they said was a nice kid always who was in a good mood, was implicated in the shooting.

Editor's note: A previous version of this story identified Cruz as a white nationalist. The person who identified Cruz as such appears to have lied to The Associated Press and other news organizations when he claimed that Cruz was a member of his obscure group. Law enforcement officials have said they didn't have any evidence to support the claim that Republic of Florida leader Jordan Jereb made in interviews with several news organizations.