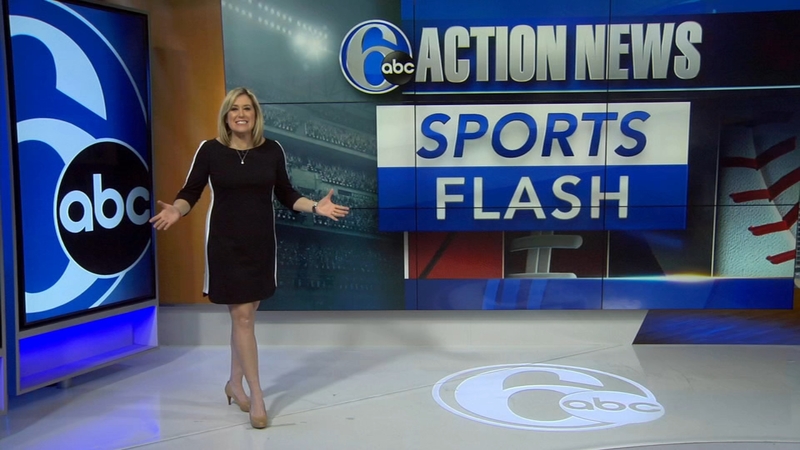 PHILADELPHIA -- It's the final week of the NFL season, with seven teams still vying for three remaining playoff spots.

A Saturday doubleheader kicks off the NFL's Week 18 season finale: The Kansas City Chiefs at Denver Broncos (4:15 p.m. ET) is followed by Dallas Cowboys at Philadelphia Eagles (8 p.m.), both available to watch on ESPN, ABC, ESPN+ and ESPN Deportes.

The Chiefs, with a victory, will have an opportunity at the AFC's No.1 seed, and the Cowboys, also with a win, can improve their playoff position.

Here's what you need to know about both matchups, via The Associated Press:

KC would earn the No. 1 AFC spot with a victory and a Tennessee defeat. The first part should be a cinch considering the Chiefs have won 12 straight against Denver. Also helping: coach Andy Reid is 35-6 against division opponents since 2015 and the Chiefs have won six straight AFC West titles; QB Patrick Mahomes is 12-0 as a starter in road divisional games.

With Teddy Bridgewater out, Drew Lock is aiming for his fourth consecutive start without an interception. He tied for the league lead last year with 15 interceptions and 18 turnovers overall.

DT Chris Jones had his third game with at least two sacks in last week's last-second loss in Cincinnati. If he can pressure Drew Lock, it should make things much easier for a pass defense that was shredded by Joe Burrow last week.

S Justin Simmons is one of three players (Quandre Diggs and J.C. Jackson) with five or more interceptions in each of the last two seasons. He was snubbed for the Pro Bowl but is wrapping up his best season.

Broncos running backs Melvin Gordon and Javonte Williams vs. Chiefs' run defense. Williams ran for 102 yards against the Chiefs last month when Gordon was out. Gordon rushed for 131 yards in his last game against the Chiefs, in 2020. Although the duo was slowed down by the Raiders and Chargers, Gordon and Williams have combined for 2,170 scrimmage yards and 16 touchdowns this season.

Two more big rivals go at it, but this game has little impact. Both are in the postseason, Dallas as NFC East winner. The Eagles also have been hit by a COVID-19 outbreak.

The Eagles haven't beaten a team that currently has a winning record, but turned around their season when they concentrated on the run game. They're 41 yards away from the franchise rushing record of 2,607, set in 1949 in a 12-game season.

Dalton Schultz is now the second Dallas tight end to have at least 70 catches in a season. Jason Witten, the club's career leader in catches, yards receiving and games, had nine such seasons. Schultz was targeted a season-high 10 times with six catches for 54 yards against the Cardinals. Although the overall offensive production didn't show it, Dallas is more efficient when Schultz has a prominent role.

Rookie TE Tyree Jackson. A quarterback in college at Buffalo, Jackson has been a favorite project of the Eagles' staff. They've brought him along slowly, activating him for just eight games, with no catches. But with the other two tight ends, Dallas Goedert and Jack Stoll, on the reserve/COVID-19 list as the weekend approaches, and the game essentially meaningless in terms of the Eagles' playoff seeding, this could be the week fans see Jackson's heralded athleticism in action.

Assuming starters play a significant role, the key matchup for the Eagles is always their offensive line, which propels the league's top rushing attack, against the other team's front seven. Dallas has a formidable front seven, though it ranks just 15th against the run, and dynamic rookie linebacker/edge rusher Micah Parsons went on the reserve/COVID-19 list Wednesday.