Brett Favre: The only way to make the game safer, is not to play 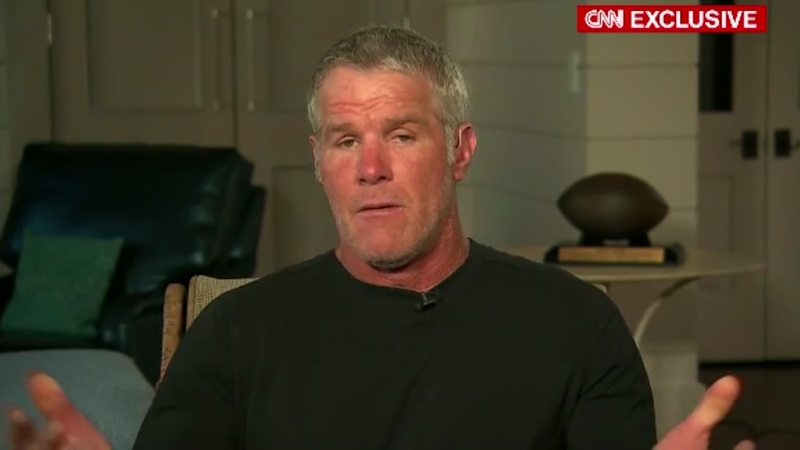 With super bowl Sunday fast-approaching, fans are looking forward to the intensity of the biggest single event in American sports.

But sometimes that intensity comes at a cost to players' health.

Former NFL quarterback Brett Favre sat down to discuss the issue in an exclusive interview with CNN's Christiane Amanpour.

Favre was asked, "How does one make the game safer?

Favre answered, "How do you make the game safer? You don't play. You know, I mean, is that going to happen? No, I think the NFL is here to stay, obviously. And that being said, I think we, we have started the ball rolling, if you will, in the right direction by instituting a concussion protocol. The size of the players is not going to change. If anything, they're going to get bigger. They're going to get faster, they're going to get stronger. And so the contacts are going to be much more violent. And so concussions will continue to be a serious issue. There's only so much that helmets can do. So we'll look at it from a treatment standpoint. And the only other option is not to play."
Report a correction or typo
Related topics:
health & fitnessnflsuper bowl 52concussion
TOP STORIES
HCSO sergeant hit and killed by driver during escort, sheriff says
2 adults killed and 12-year-old hurt in crash with speeding tow truck
Today marks 2 years since deadly explosion rocked Spring Branch
Grab the umbrella! Widespread showers move in Monday
Inside Texas hospital battling omicron: 'We're about to catch on fire'
Suspect accused of killing Pct. 5 corporal still on the run
Amy Schneider details historic 'Jeopardy' run
Show More
5 tax changes that can boost your refund this year
Tax filing season starts Monday. What to expect for 2022
COVID-19 patient at center of ventilator fight dies in Texas
3-year-old drowns in pool in NW Harris County, sheriff says
Former Houston Oiler takes over Prairie View A&M football
More TOP STORIES News