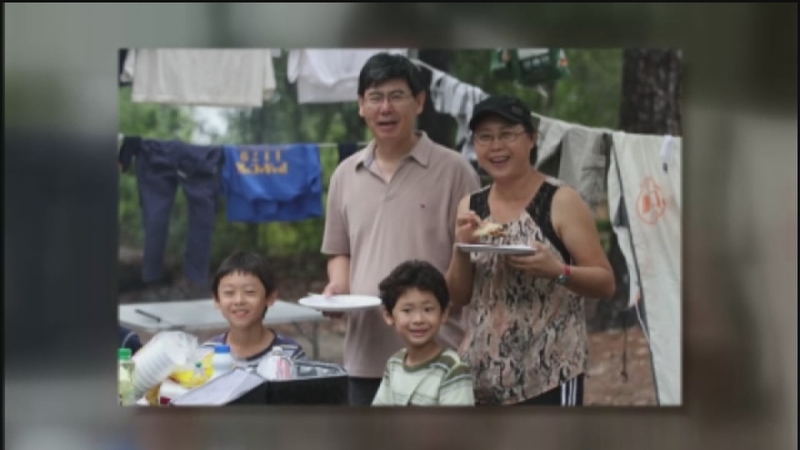 One year later, still no clues in family's death

HOUSTON (KTRK) -- The simple memorials glisten under the Texas sun. Two small saplings sit in front of the Coles Crossing community pool. Beneath each, a small stone memorial reads "In Loving Memory... Always in Our Hearts." They were planted by the Cub Scout pack to which Timothy and Titus Sun belonged. The brothers were shot and killed along with their parents a year ago.

To this day, there are no leads and no suspects.

"It was very scary when we found out," said Lisa Poteet, whose children attended the same elementary school as the Sun brothers. "Scary, just the whole situation was very scary."

Poteet, like many in this perfectly manicured, suburban neighborhood of Coles Crossing, still can't imagine why anyone would kill the family. Investigators believe Maoye Sun, his wife Mei Xie, and the two boys were shot in their home some time Friday evening, January 24, 2014. Their bodies weren't discovered until the father failed to show up for work the following Monday.

"Basically, a year has passed and we have no idea what's going on," said Wei Zuo, a friend of the Suns, who lives around the corner. "We've asked the police, and we don't know if they're going to catch this person or not."

Even with the uncertainty, life in this otherwise idyllic slice of suburban life continues. Zuo's husband occasionally drives the Suns' cars around the block to keep them in running condition. The yard is regularly mowed by the homeowners association. The neighborhood is determined to keep the home the Suns would have wanted, even though they are no longer there.

When the murders first happened, there were small vigils, big memorials, and Harris County Sheriff Adrian Garcia made a promise.

"My office is dedicating all resources available to find those responsible," said Garcia during a rally last February.

Since then, the problem has not been one of resources, but just lack of information. No new clues. No suspects. Houston's Chinese community is understandably frustrated. Next week, it will add another $5,000 to the already large reward fund, bringing the total to $75,000.

"I think people in the Chinese community, they will feel unsafe, they won't know why it happened, what's the motivation, until we have answers," said Yinging Sun, (no relation) the head of the citizens group Houston Chinese Alliance.

Various rumors have danced across the internet, but a year after two little boys and their parents were killed, the trail is growing increasingly cold.