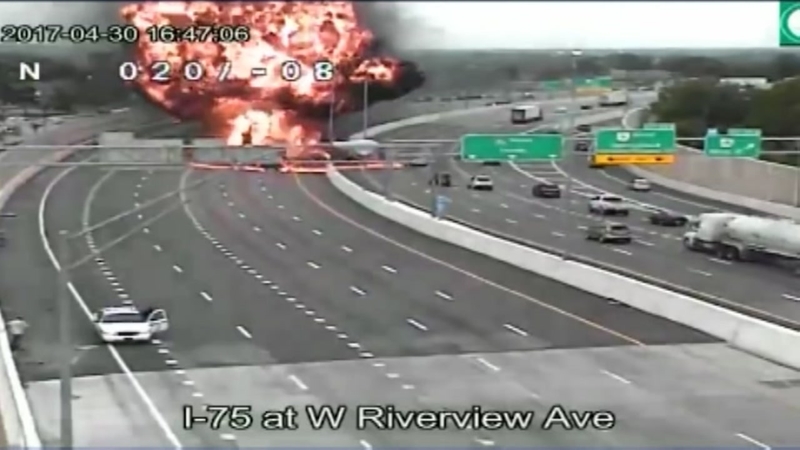 Traffic cameras caught the moment the truck went up in flames in Dayton on Sunday afternoon.

Witnesses told police a car was going the wrong way when it crashed into the truck, sparking the massive blast.

A large fireball can be seen in traffic camera footage as drivers make their way past the tanker.

The 30-year-old man driving the car was killed in the wreck. The driver inside the truck suffered minor injuries.

"As you can see, we have quite a bit of a large scene, large explosion is going on right now, fire had to let that burn out before they ran to put foam on that," Dayton Police Lt. Mark Ponichtera said. "We do have a hazmat response as a result of that. We have multiple thoroughfares that are shut down here, all lanes on 75 are shut down at this moment."

The wreck is still under investigation.