Alleged robber in critical condition after victim shoots him in Houston 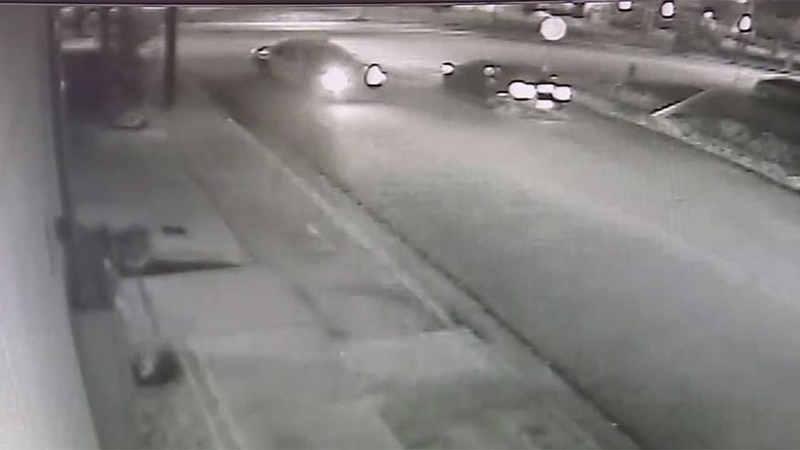 HOUSTON (KTRK) -- A robbery suspect is in critical condition after one of his victims pulled out a gun in Houston.

The shooting happened at about 2am on Washington Avenue near Heights Boulevard.

Officers say four people were leaving work at a nearby club Monday morning when three men pulled up in a white car.

Witnesses tell police at least two of those men had guns drawn.

As the suspects were taking one of the victim's purses, one of the workers reached into his own car, pulled out a gun and began shooting.

The brother of the victim who shot the suspect did not want to give us his name, but he did tell us he and his brothers both served in the army.

"It wasn't scary. We're private service military guys so this was just like a regular reaction."

Officers say one of the suspects, 17-year-old Dante Grant, was shot several times and is in critical condition. Another suspect may have been hit as well, but managed to get away after jumping into a waiting car.

Surveillance video obtained by 13 Eyewitness News shows two vehicles leaving the Washington Avenue parking lot shortly after 2:30. One is a newer model black Challenger. Then 15 seconds later, you see a white or silver four-door sedan driving erratically out of the parking lot, swerving to avoid hitting a vehicle waiting to turn onto Washington Avenue.

Officers don't know at this time if the vehicles are related to the robbery but they would like to talk to the drivers.

Officers recovered the gun Grant used at the scene. It was a pellet gun. Grant is charged with aggravated assault.

The other suspect may have had a real gun, but police cannot say that for sure.