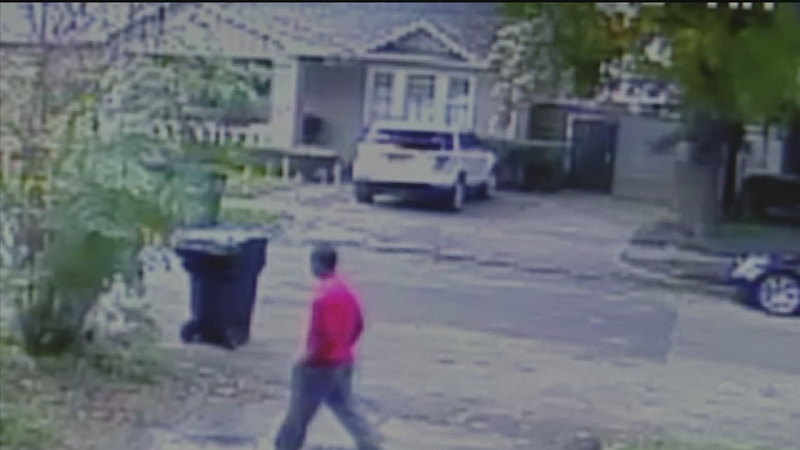 HOUSTON (KTRK) -- A woman claims she was kicked out of a Starbucks coffee shop after she located the man she said stole her cell phone.

"I'm on a busy street. Lots of construction," Erwin said. "He needed to use the phone to call his mom."

Erwin said she was willing to help, so she got out her iPhone 6, but wasn't willing at first to hand it over.

"I said I'll call your mom for you. What's the number? I did and a man answered the phone," said Erwin.

It was then, Erwin decided to hand her phone over to the teenager. A minute later, the surveillance video shows the teen running away with Erwin's phone in hand.

She bolted after him, yelling for help.

"Someone call the police, I've been robbed. Nothing. Everyone just kind of looked," said Erwin.

The suspect was able to get away. Erwin said she called the police, and then tried to track her iPhone using her "Find My iPhone" app. She got it.

"It showed that my phone was right around the corner. I look at it and I realize it's at Starbucks," said Erwin.

Erwin said she called police again, and decided to go to the Starbucks to see if the teen suspect was there. He was. She said he was slouched over, resting at table with another young woman.

"I decided to grab my phone. And when I did the girl instantly said he was selling me the phone I don't know him, I don' know anything. I was screaming to the phone in Starbucks, please someone call the police," said Erwin.

Erwin said instead of getting help, she got the boot from the barista. The suspect was able to get away a second time.

Erwin said the bottom line is she got her cell phone back, that said she is upset with those who did nothing to help catch the suspect.