Woman reunites with guide dog that saved her 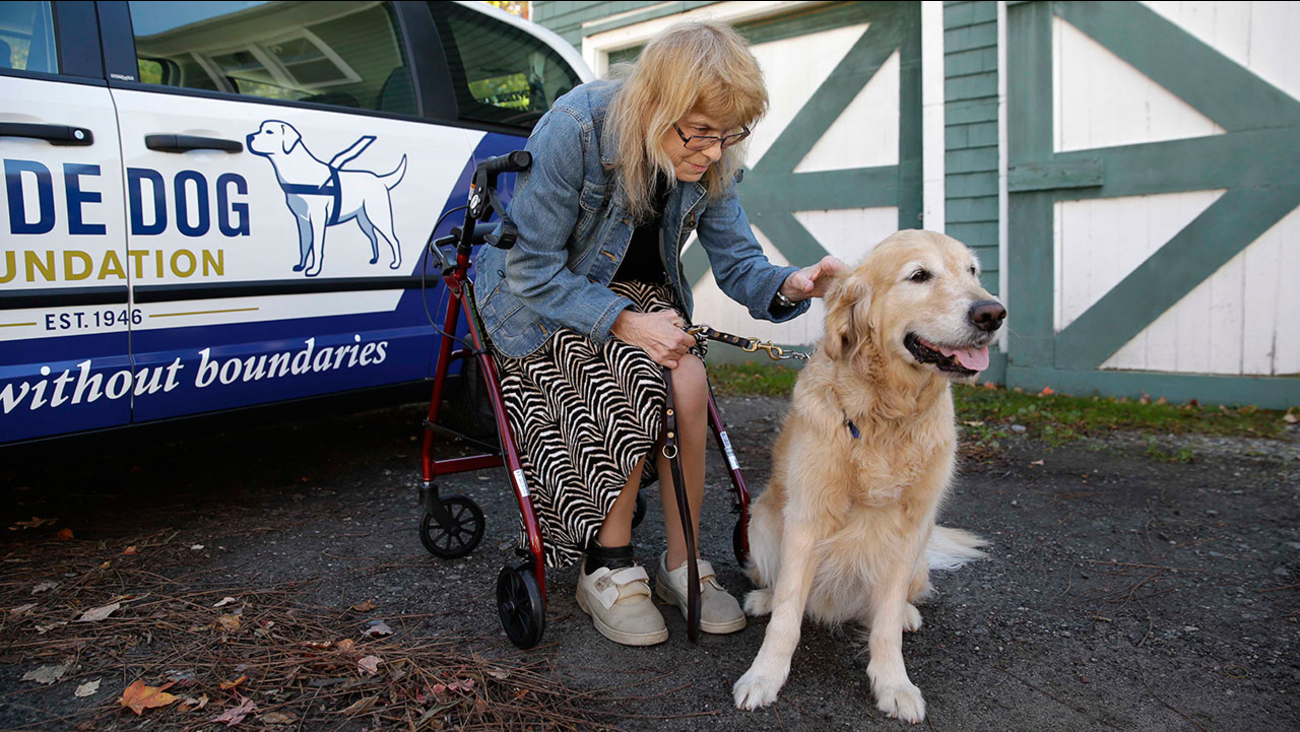 Audrey Stone greets her guide dog, Figo, who was returning home for the first time in months after an accident that injured both of them in Brewster, N.Y., Monday, Oct. 26, 2015. (AP Photo/Seth Wenig)

BREWSTER, NY -- A blind woman who was struck by a school minibus while crossing a suburban New York street says her goal for recovery was to bring home the guide dog that jumped in front of the bus to save her.

Audrey Stone and Figo the dog were reunited at her Brewster home on Monday, after nearly four months of recuperation for both.

Stone and her golden retriever were together for over six years before the crash in June. He was trained by the Guide Dog Foundation.

Witnesses say Figo leaped between Stone and the oncoming bus, then wouldn't leave her side once both were hit.

For his courage, Figo won the American Society for the Prevention of Cruelty to Animals' Dog of the Year award.