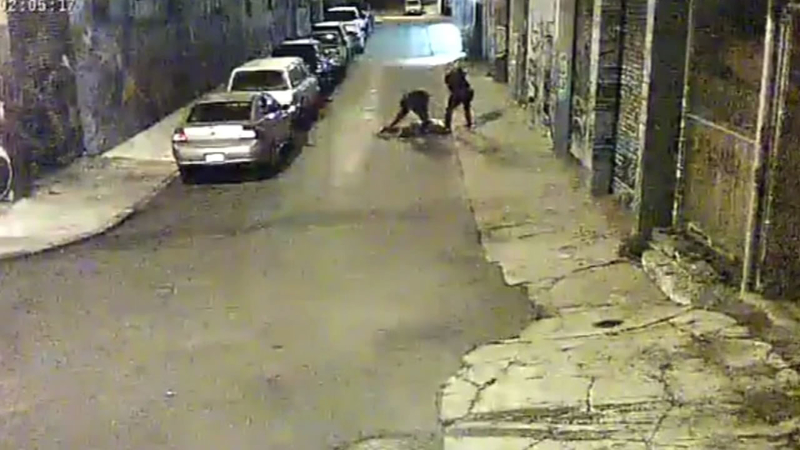 A witness and the Public Defender's Office call it a "brutal beating."

One of them yells stop and the deputy tackles the man as he slows down and begins to turn his head. He begins hitting the suspect with his fist as the second deputy arrives.

He pulls out his baton, repeatedly striking him in the head with great force. Then both of them begin swinging their batons, hitting the man as he lies on the ground.

The beating finally stops when police and other deputy sheriff's arrive on the scene.

"I heard just loud smack, smack, smacks. I really thought they were gunshots cause they were super loud," witness Redop Rundgren said.

Rundgren's apartment is above where the incident occurred. The screams woke him up.

"They kept screaming, 'Get on the ground," pushing him and beating him continuously," he said.

Rundgren rushed to the window. "He started trying to get up and crawl away while they were beating him. That's when I heard his screaming like, 'Stop, help me' or something of the sort," he recalled.

"He's on the ground. They could easily handcuff him, but they just keep hitting him," SF public defender Jeff Adachi said. "This is not only excessive force but it's brutality."

Chief Attorney Matt Gonzales says it was nothing short of assault. "I look forward to police explaining this conduct because as far as I'm concerned, it's criminal conduct," he said.

The Alameda County Sheriff's Office says the suspect stole a car, rear-ended a sheriff's vehicle and ended up in a chase from San Leandro to San Francisco, where he smashed his car on Stevenson Street and ran.
Related topics:
beatingu.s. & worldviolencepolice brutalitypolice
Copyright © 2021 KGO-TV. All Rights Reserved.
More Videos
From CNN Newsource affiliates
TOP STORIES