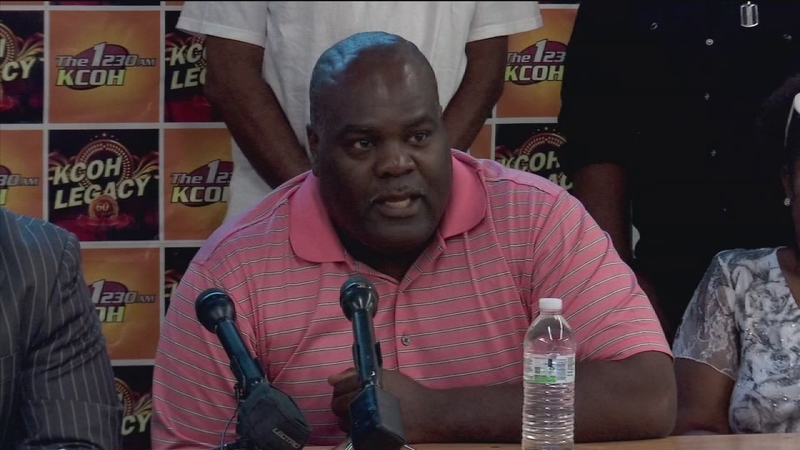 HOUSTON (KTRK) -- Dana McDonald says he and his wife caught two men who broke into their truck, still inside, in northeast Harris County in 2012. One got away, and he says the other tried to assault them while trying to get away.

He says they wrestled. He got the pipe from the man and hit him with it. The man died. A year later, McDonald was indicted.

"The grand jury indicted the victims protecting themselves and never gave either one of them a courtesy call to appeal," says activist Quanell X.

Quanell X says the Castle Doctrine should have justified deadly force, but because McDonald is black and the deceased was white, the grand jury disagreed. He points to the Joe Horn case as a red flag that the system is tainted. Horn shot two men in the back after catching them burglarizing a neighbor's home in 2008. He's white.

"We're sick and tired of it being a double standard and two standards of justice -- one for whites in Harris County and one for African Americans," he says.

They're asking District Attorney Devon Anderson to drop the charge, and for an overhaul to the grand jury process. South Texas College of Law professor Kenneth Williams says some change could happen, but he doesn't anticipate anything major.

"I think there are certain things about it that might change. But the answer is no. It's been around for a long time and I don't see it fundamentally changing," says Williams. "I think there might be an effort to make it more diverse, bring in a more diverse pool of jurors."

McDonald does have a criminal history that includes assaulting a family member and aggravated assault with a deadly weapon. But his supporters say white people with criminal histories in the same situation haven't been charged...so why is he?