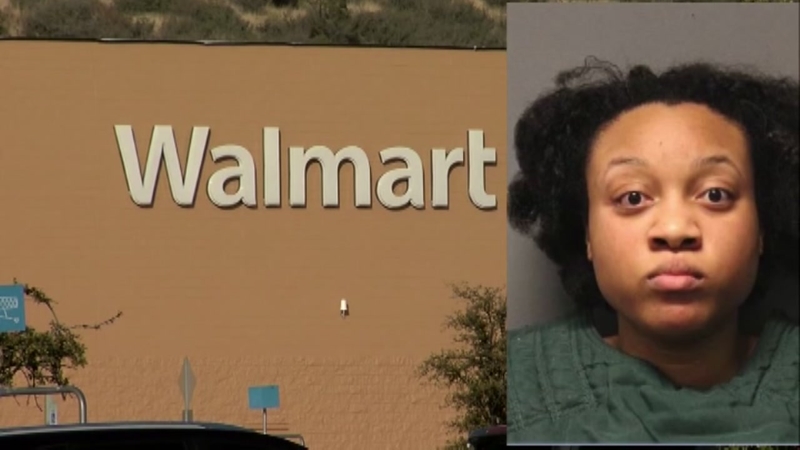 PRESCOTT, AZ (KTRK) -- Police in Prescott, Arizona, want to meet a man who helped them stop a potential mass shooting. They say a disgruntled Walmart employee was about to walk into the store with a rifle on Monday.

Prescott police say Ebonice Johnson was armed with a rifle, a box of ammo, a knife in case that didn't work and a torch that police say she used in hopes of setting fire to the building.

Prescott Police Deputy Chief Amy Bonney said, "She truly intended to visit serious harm on her co-workers and anyone else inside the store."

Police say a letter she left behind indicated she was upset at her co-workers, she felt she worked harder than them.

Her sister told KNXV Johnson was fed up and felt disrespected.

Thankfully, an alert citizen saw her in the parking with the gun and alerted store managers.

Bill Johnson, a Walmart shopper, said, "A rifle like that you'd have to hit somebody very strategically but you could certainly wound them any place in body."

Shopper Chic Birdsong said, "I'm surprised here in Prescott I really am. I blame it on the season, the holidays, everybody seems to stress out for some reason. There are a lot of people who don't have what they wish they did."