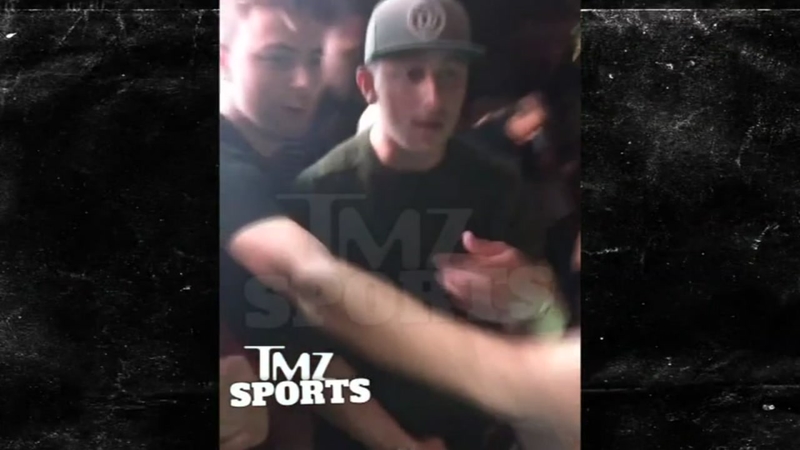 To look at the clips, you'd never know he's almost a sure bet to be cut by the Cleveland Browns on March 9 and in a serious legal battle. He's accused of kidnapping his now ex-girlfriend and hitting her so hard that she reportedly lost hearing in her left ear.

We've learned that he and his alleged victim, Cinco Ranch High School alum Colleen Crowley, both signed a protective order. The judge noted on the document: "This court finds this is reason to believe that family violence has occurred."

One attorney we spoke with Tuesday says the accused signing this is rare, but rational in Manziel's case.

"He's consulted with his lawyer and he believes that's the right thing to do is just to have no contact with her."

The big question a lot of folks have is whether authorities are treating this case differently because Manziel is a famous football player. Keirnan says that's very possible, and it may not be a bad thing.

"They want to be in the middle and what better way to do that than get a grand jury and have them look at all the evidence, maybe subpoena her in and look at her credibility and determine is this really a case or is this somebody throwing darts at Johnny Manziel because he's rich and famous," adds Keirnan.

No word on when Manziel's case will be presented to the grand jury.
Related topics:
cleveland browns
Copyright © 2021 KTRK-TV. All Rights Reserved.
More Videos
From CNN Newsource affiliates
TOP STORIES