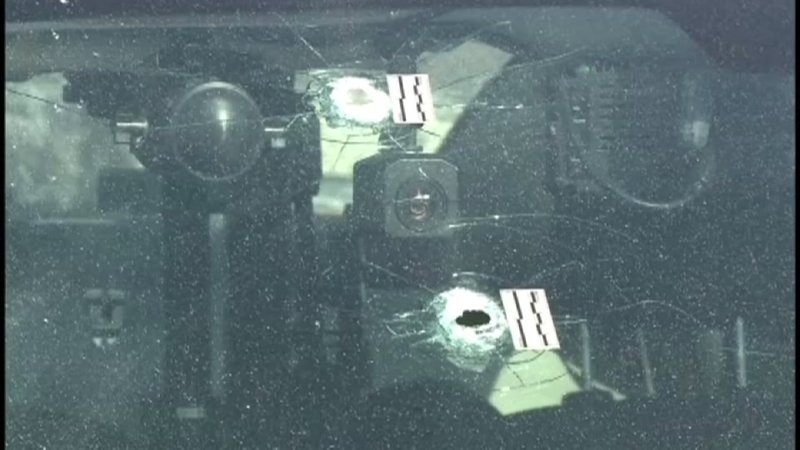 Man arrested after shooting at officers

OMAHA, NE (KTRK) -- Newly released dash cam video from the Nebraska State Patrol looks like a scene out of an action movie, but it is terrifyingly real.

On February 5, the troopers attempted to pull over a driver for a busted taillight, WOWT-TV reports. Dash cam video shows a passenger in the vehicle then lead out of the window with a shotgun and open fire.

"Are you hit?" you hear one trooper ask.

"I don't know," the other responds.

Neither one of them were hurt, and they called off their pursuit, WOWT-TV reports. Another state trooper spotted the same vehicle a short distance way.

The driver, 27-year-old Marissa McCormack of Omaha, pulled over and was taken into custody. The male passenger seen opening fire was no where to be found.

A massive multi-agency manhunt then began. After an hour long search, Daniel Huerta Campbell, 34, was arrested on multiple felony charges.

Party believed to have shot at a marked patrol car taken into custody after a long search in SW. Multi-agency effort pic.twitter.com/igmgg8EVBL