US Rushes Hellfires to Iraq, Trying to Rebuild Arsenal 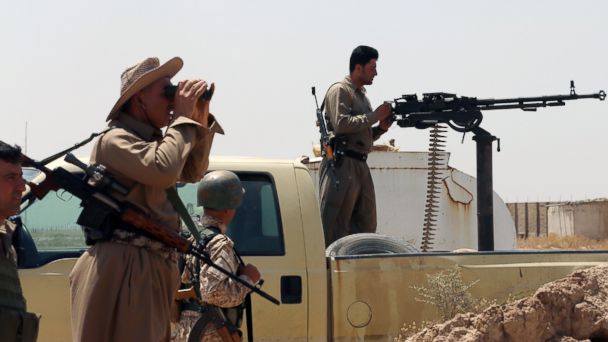 BAGHDAD, Iraq -- The U.S. has rushed 75 Hellfire missiles to the Iraqi government, but that small arsenal will last the regime only about three days as they battle to take back the city of Tikrit.

The government of President Nouri al-Maliki ran out of the missiles shortly after the al-Qaeda offshoot ISIS chased his troops out of northern Iraq by taking Mosul, Tikrit and the border posts with Syria.

This weekend, the government made its first concerted effort to take back territory and is battling ISIS and its Sunni Muslim allies in Tikrit, the one-time hometown of former dictator Saddam Hussein.

The Iraqi army is receiving information used in its offensive from U.S. advisers who have been using intelligence gathered by U.S. drones that have been flying over Iraq.

Obama Lining Up ISIS Targets and Keeps 'Prerogative' to Strike

What Happens If US Troops Run Into the Iranian Military in Iraq?

Other highlights in the murky fog of war that has enveloped Iraq are expectations that it will likely be at least six months before Mosul, Iraq's second largest city, can be recaptured by government forces.

Before moving on Mosul, the government will need to recruit forces from the region and rebuild the 2nd Division of the Iraqi army, which totally collapsed and fled in the face of the ISIS attack.

Three U.S. teams of miltary advisers are now operating in Iraq, some of them north of Baghdad. Three more teams are expected to arrive. President Obama has authorized as many as 300 miltary advisers to return to Iraq.

The advisers, along with the intel from the drones, will help direct the Iraqi offensive and give Obama targets to hit if he decides to become more aggressive in Iraq.

There is some skepticism that two Russian Sukhoi fighter jets that are being prepared by technicians can be made ready in three days as promised.

The introduction of help from Russian now means that three of the U.S.'s rivals -- Russia, Iran and Syria -- are helping Iraq's Shia-dominated government.

Iraq needs some help in the air, however. Sixty of its helicopters have been damaged since January and six have been shot down.

Despite the huge swath of territory through northern Syria and northern Iraq that ISIS -- the Islamic State of Syria and Iraq -- has conquered, the radical Sunni militants are believed to have vulnerabilities.

In Iraq there is friction with their more secular Sunni allies, particularly the Baathists who were loyal to Saddam Hussein. And their strict form of ruling has not taken hold in Mosul.

The size of the ISIS army has been estimated to be in the thousands, but even if the highest estimate of 10,000 is used they are spread across two countries, leaving them thinly dispersed.