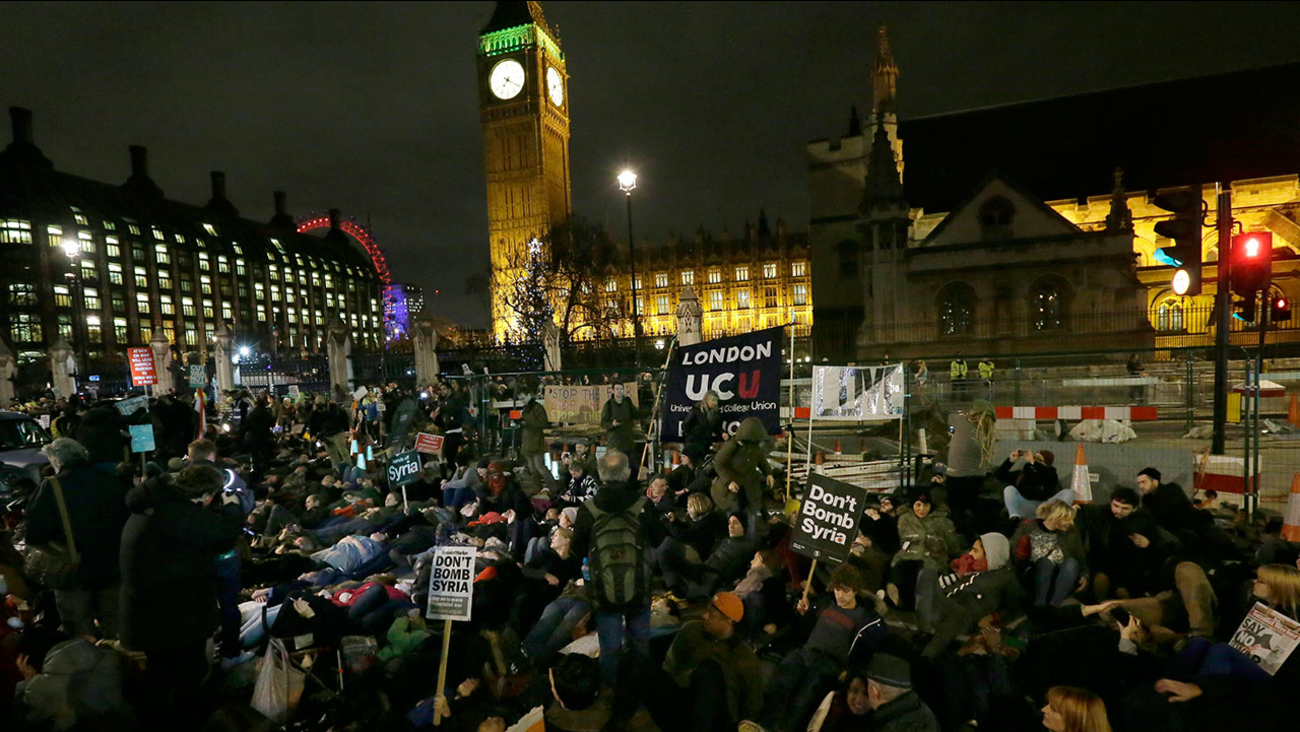 Protesters hold placards as they lie in the street protesting against Britain launching airstrikes against the Islamic State group inside Syria. (AP Photo/Tim Ireland)

LONDON -- British lawmakers have voted to join the international campaign of airstrikes against the Islamic State militant group in Syria.

The 397-223 vote in the House of Commons means Royal Air Force fighter jets - already operating against IS in neighboring Iraq - could be flying over Syria within days or even hours.

Prime Minister David Cameron said that after the deadly Nov. 13 Paris attacks, claimed by IS, Britain should strike the militants in their heartland and not "sit back and wait for them to attack us."

Opposition Labour Party leader Jeremy Corbyn opposed what he called a "reckless and half-baked intervention," but dozens of his lawmakers voted with the government to back airstrikes.
Copyright © 2020 by The Associated Press. All Rights Reserved.
More Videos
From CNN Newsource affiliates
TOP STORIES