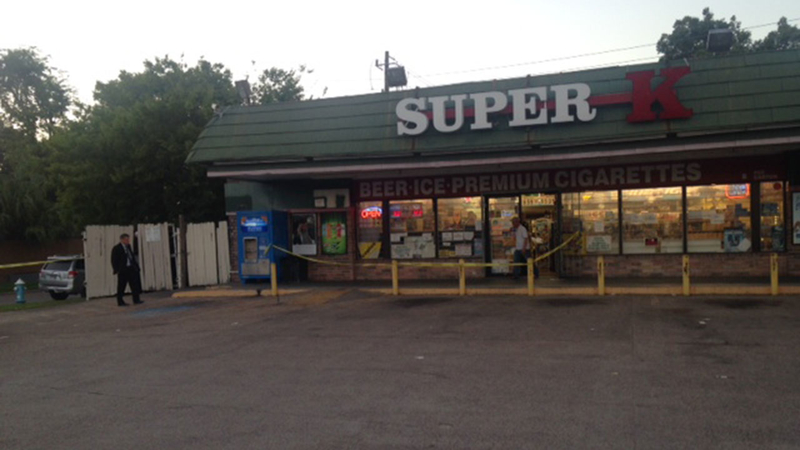 HOUSTON (KTRK) -- Police are investigating after a convenience store clerk shot two suspects during an attempted robbery in southwest Houston.

According to the Houston Police Department, as the getaway driver waited outside, three masked men stormed the Super K store off Beechnut and pistol-whipped a clerk. The owner's brother was on dinner break near the cooler and saw the robbery unfold, so he grabbed his gun and opened fire, striking two suspects.

"Another guy, holding the door, hold a gun to me so I shoot them," said Dien Tu, the man who fired his gun.

The incident was recorded on surveillance video.

All four suspects took off, but the two injured ones were dropped off outside an apartment complex in the 7500 block of Beechnut. They were taken to Memorial Hermann Southwest Hospital. Police say they don't believe they survived.

The owner says his store was robbed July 1 so he and his brother were prepared with guns to fight back. The clerk in that robbery was beaten so badly, he hasn't been able to return to work.

"Everyone has guns in the store. It's so dangerous this kind of job," said Alden Tu, the store owner.
Related topics:
houstonattempted robbery
Copyright © 2021 KTRK-TV. All Rights Reserved.
More Videos
From CNN Newsource affiliates
TOP STORIES