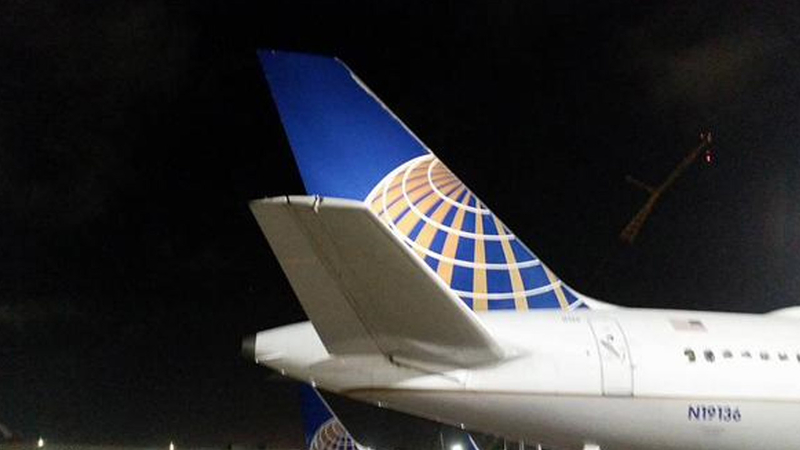 A United Airlines plane being taxied into Gate 73 from Newark, New Jersey clipped the left wing of a departing Alaska Airlines flight. The bump damaged the right stabilizer on the United plane and the left wing on the Alaska flight, which was headed to Portland, Oregon.

Audio from inside the plane was released, where the plane's captain is heard informing passengers of the incident.

"Thanks for your patience. I'm sure you'll hear all about this on the news this evening," he said. "Essentially, we stopped short of the gate because parking guides were expected and the aircraft behind us continued to push back from their gate, and the two aircraft met at the same point and at the same time."