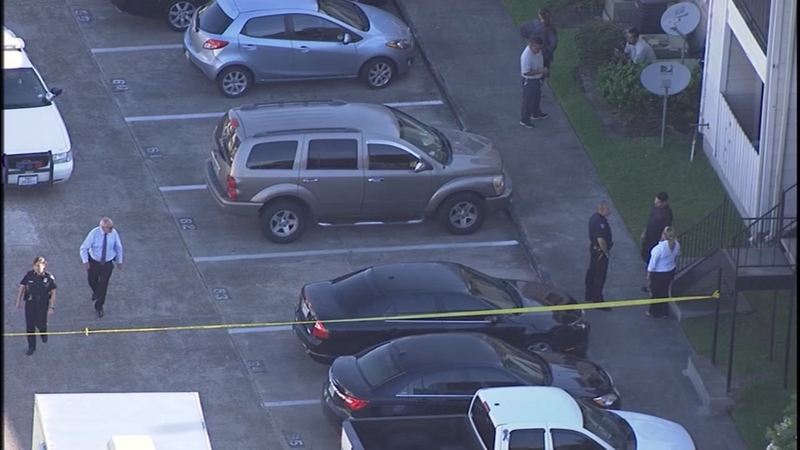 PASADENA, TX (KTRK) -- Two people are in police custody after a police officer discovered a possible explosive device at an apartment complex in Pasadena this morning.

Pasadena police say the officer was called to the apartment complex in the 1700 block of Jenkins Road near Burke to check out "suspicious circumstances." The officer then called for the bomb squad after finding components of a possible weapon.

The bomb squad was called to a Pasadena apartment complex

A number of residents were evacuated from surrounding apartments as a precaution.

Pasadena Police say a couple had a house guest who was staying the night, but they saw he had some strange items with him and became concerned. Police say they tried to get him to leave, but he wouldn't go, so they called police. When officers arrived around 6am, police say they found some "components" that could be used for either making drugs or an explosive. Police say the officer then detained two men and called the bomb squad.