Two Brothers Arrested in Connection With Murder of Nykea Aldridge 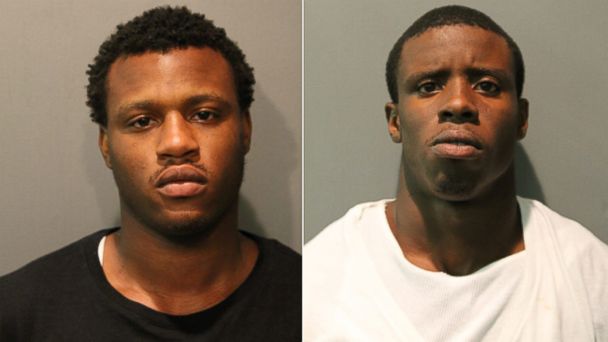 Two brothers have been charged in connection with the shooting death of Nykea Aldridge, a cousin of NBA star Dwayne Wade, in a case that has helped to shine a spotlight on the spate of gun violence in Chicago.

Darwin Sorrells Jr., 26, and Derren Sorrells, 22, were both charged with first-degree murder and attempted murder in the death of Aldridge.

Aldridge, 32, was pushing a stroller on the city's South Side on Friday afternoon when two men exchanged gunfire nearby, hitting her in the arm and the head, according to police.

She was pronounced dead at the hospital.

Aldridge was not the intended target, police said on Friday. A relative took custody of the child, who was not hurt, according to ABC station WLS-TV.

Wade, who was born in Chicago, signed with the Chicago Bulls this July in a move that was celebrated by the city as a homecoming. After news of his cousin's death, he labeled the incident "senseless."

Saturday, he took to Twitter and elaborated on comments he made Friday.

"The city of Chicago is hurting. We need more help& more hands on deck. Not for me and my family but for the future of our world. The YOUTH!," Wade wrote.

He followed that by writing, "These young kids are screaming for help!!!"

It is not the first time Wade's family in Chicago has been touched by gun violence. His nephew, Darin Johnson, was shot twice in the leg in 2012 but recovered, according to The Associated Press.

"We are now in a very, very sensitive grieving place," she said while holding her sobbing sister Diana.

Despite the tragedy, Wade's mother spoke of hope for those who commit such crimes.

In a statement Friday night, the Chicago Bulls said, "The entire Chicago Bulls organization is deeply saddened by the news of Dwayne Wade's cousin, Nykea Aldridge. We send our deepest condolences to the entire Wade family during this difficult time."

On Thursday, Wade spoke via satellite on a panel hosted by ESPN that was focused on gun violence. He called the issue "deep-rooted."