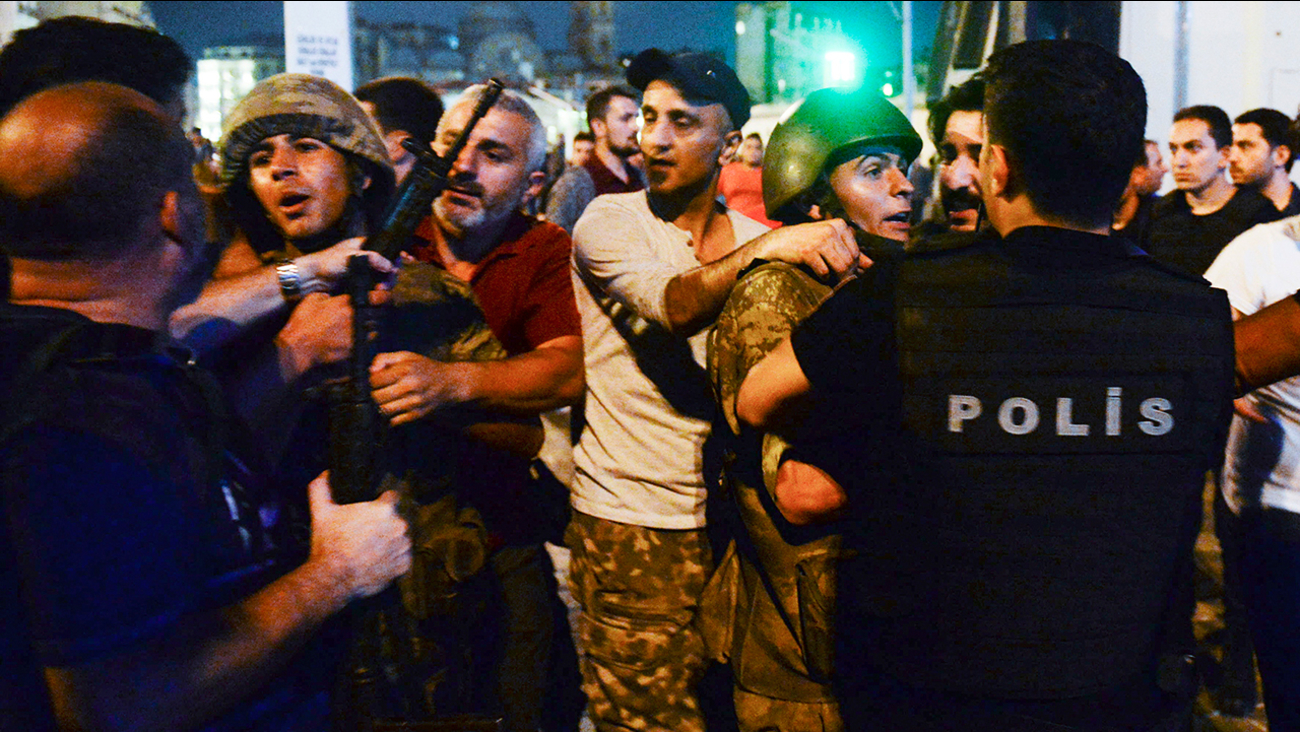 Turkish President Recep Tayyip Erdogan told the nation Saturday that his government was working to crush a coup attempt after a night of explosions, air battles and gunfire across

Turkey's parliament has endorsed sweeping new powers for President Recep Tayyip Erdogan that would allow him to expand a crackdown in the wake of last week's failed coup.

Legislators in the 550-member parliament on Thursday voted 356-115 to approve a three-month state of emergency across Turkey.

Erdogan announced a Cabinet decision to seek the additional powers, saying the state of emergency would give the government the tools to rid the military of the "virus" of subversion.

The government says a U.S.-based Muslim cleric is behind the coup attempt and has embarked on a massive crackdown on the movement's followers.

Turkish Deputy Prime Minister Mehmet Simsek said the state of emergency will be used to act swiftly against the perpetrators of the coup.

Simsek insisted that the state of emergency would be different to those imposed in the country previously and that the rule of law will be upheld. He laid out his hope it would be short-lived.

"We will use it in a fashion closer to our allies like France and others," he told reporters as Parliament was debating President Recep Tayyip Erdogan's declaration of a three-month state of emergency on Wednesday.

Simsek said the government will go after "rogue" elements within the state and that there could have been "carnage in the streets" had the coup succeeded.

"We owe it to our people to go after them. We will have a legal framework for it."

Simsek said there will be proper judicial review, but didn't elaborate.

Turkey experienced a national state of emergency in the immediate years after martial law was declared in 1980 following a coup. It was also declared across the restive southeast region between 1978 and 2002.

Turkey's deputy prime minister says his country will suspend the European Human Rights Convention as it prepares to implement the country's new state of emergency after a failed coup.

Parliament is set to approve the three-month state of emergency on Thursday, after President Recep Tayyip Erdogan announced it a day earlier.

Deputy Prime Minister Numan Kurtulmus says Turkey will suspend the human rights convention in line with an article contained within the agreement allowing for it in time of emergencies.

A Greek court has sentenced eight Turkish military personnel who fled to Greece aboard a helicopter during an attempted coup in their country to two months in prison on charges of illegal entry into Greece.

All eight received the same sentence Thursday, with the recognition of mitigating circumstances of having acted while under threat. The pilot was acquitted of a charge of violating flight regulations.

The sentence was suspended for three years, but they were being held in custody pending resolution of their asylum applications.

Turkey has demanded their return to stand trial for participation in Friday's coup attempt. The eight deny involvement and have applied for asylum, saying they fear for their safety amid widespread purges in Turkey in the aftermath of the attempted overthrow of the government.

A U.N. envoy is hinting that there are concerns about how the fallout from Turkey's failed coup could affect talks aimed at reunifying ethnically split Cyprus.

But Espen Barth Eide says there's no evidence now suggesting Turkey's government will shift its position of support for the complex negotiations.

A 1974 Turkish invasion, triggered by a coup aimed at union with Greece, split the island.

Greek Cypriot officials say Turkey holds the key to deal because it bankrolls the Turkish Cypriot economy and maintains more than 40,000 troops in the breakaway north.

Turkish state news agency Anadolu is reporting that one soldier linked to the attack on the hotel where President Recep Tayyip Erdogan was vacationing during the foiled coup has been captured.

The report says the lieutenant was captured in southwestern Turkey.

He is one of nearly 30 soldiers government officials said were involved in the attack on the hotel in Marmaris resort where Erdogan was vacationing.

The attackers arrived minutes after he left the place, according to the government's account. The officials said earlier this week that at least four remained on the run.

The manhunt for them is ongoing, with police inspecting vehicles, and showing pictures of the suspects to passengers.

Eight Turkish military personnel who fled to Greece a board a helicopter during an attempted coup in their country are testifying in court during their trial on charges of entering Greece illegally.

Turkey is seeking their return to stand trial for participation in Friday's coup attempt. The eight deny any involvement and have applied for asylum, saying they fear for their lives if returned.

Three of the defendants testified Thursday they were helicopter pilots unaware of the coup. They said they were tasked with transporting wounded people when their choppers came under fire from police. Their unit told them not to return to base because the situation was too dangerous. After landing in a different location, they decided to flee, taking one of the aircraft across the border into Greece.

The detentions reported Thursday by Anadolu news agency come hours after President Recep Tayyip Erdogan declared a three-month state of emergency that is expected to expand the crackdown.

Already, nearly 10,000 people have been arrested while hundreds of schools have been closed. And nearly 60,000 civil service employees have been dismissed from their posts since the failed coup Friday.

The Turkish government has laid the blame for the coup on a movement led by a U.S-based Turkish cleric.

The Turkish Parliament is meeting later to approve Erdogan's proposed state of emergency.

German Foreign Minister Frank-Walter Steinmeier says Turkey's state of emergency should only last as long as it's "absolutely necessary."

A day after Turkish President Recep Tayyip Erdogan declared a three-month state of emergency following last week's failed coup, Steinmeier said it's important that "the rule of law, a sense of proportion and commensurability are preserved."

In a statement Thursday, Steinmeier said it's in Turkey's interest to "keep the state of emergency only for the duration that is absolutely necessary and then immediately end it."

Erdogan, who had been accused of autocratic conduct even before this week's tough crackdown, said the state of emergency would counter threats to Turkey.

Steinmeier said action should only be taken against those with "a provable involvement in punishable actions" and not "an alleged political attitude."
Related topics:
coupu.s. & world
Copyright © 2020 by The Associated Press. All Rights Reserved.
More Videos
From CNN Newsource affiliates
TOP STORIES 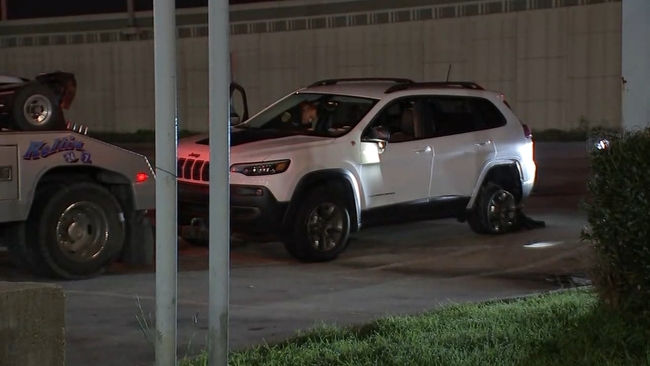