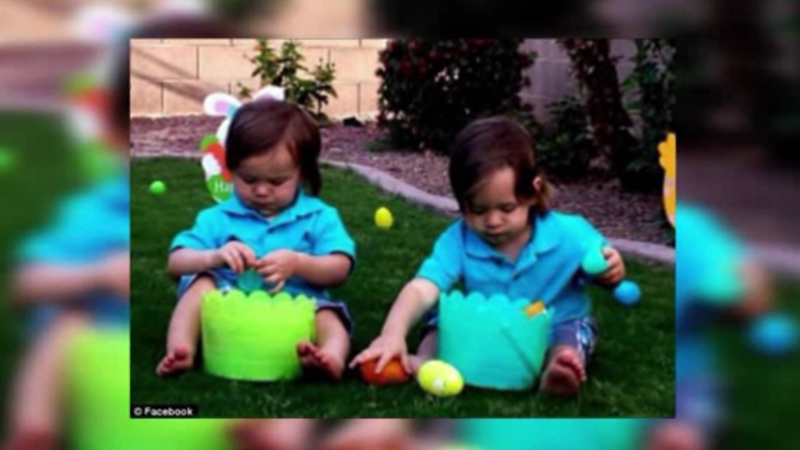 Twins drown as mom tries to fend off a bee

YUMA, AZ -- An Arizona community is mourning the tragic deaths of twin toddlers who reportedly drowned after their mother let go of their stroller to fend off a bee.

It happened Friday, reports KYMA-TV. Alexis Keslar was pushing her twin 18-month-old sons, Silas and Eli, in a stroller along a canal in Yuma.

"The stroller rolled away from her into the canal, with the boys belted in the seat," police said Monday.

Police say Keslar went into the water to rescue her sons, but was unable to get to them. The current washed the stroller away. That's when Keslar called police for help.

City officials lowered the water level to help find the boys. After more than an hour of searching, the boys were located and flown to Yuma Regional Medical Center, where they were pronounced dead.

Authorities say the paths along Yuma canals are popular for joggers and bicyclists, but they can be dangerous.

"Many people typically do not comprehend how swift the current in these canals are and how deep the water can be," Yuma police said. "They also do not realize how difficult it is to climb back up many of the canal embankments."

A family friend started a GoFundMe account for the family. The fund was fully funded in just two days.

"I would consider them family, and family is not always blood-related," Marlene Gleim told the Yuma Sun. "I'm extremely... I'm at a loss of words with all of this. It's just very touching to see the amount of support from people."