KTRK
Thousands of protesters around the country took to the streets Wednesday to condemn the election of Donald Trump as president.

In Houston, protesters at UH made their message loud and clear.

"I woke up this morning and honestly I have never been so scared for my future," Andy Wilson said.

Others say Trump's election has given the "green light" to racists and bigots across the nation.

Frustrated protesters in Houston took out their rage on a giant Trump piñata head. pic.twitter.com/xKCMldMz4i

"We need to be very scared," a protester said. "Trump has allowed, he has given the green light to the racists that have been driven in the wood work and now they have come out."

The election has also impacted children.

Houston ISD called in counselors for Hispanic students after concerns from the election results. The district is providing "safe spaces" for the students to express their thoughts and emotions. Parents say they are being forced to talk to their kids about their ethnicity and the controversial border wall.

"I just told him it's how you take it," Desiree Blanco said. "It's your life. You go day-by-day and you are more powerful than what you think."

Others across the city of Houston are celebrating Trump's victory against Hillary Clinton.

In Chicago, several thousand people marched through the Loop and gathered outside Trump Tower, chanting "Not my president!"

Chicago resident Michael Burke said he believes the president-elect will "divide the country and stir up hatred." He added there was a constitutional duty not to accept that.

A similar protest in Manhattan drew about 1,000 people. Outside Trump Tower on Fifth Avenue in midtown, police installed barricades to keep the demonstrators at bay.

Hundreds of protesters gathered near Philadelphia's City Hall despite chilly, wet weather. Participants - who included both supporters of Democratic nominee Hillary Clinton and independent Vermont Sen. Bernie Sanders, who lost to Clinton in the primary - expressed anger at both Republicans and Democrats over the election's outcome.

The protesters gathered on Boston Common before marching toward the Massachusetts Statehouse, with beefed-up security including extra police officers.

Hundreds of University of Texas students spilled out of classrooms to march through downtown Austin. They marched along streets near the Texas Capitol, then briefly blocked a crowded traffic bridge. 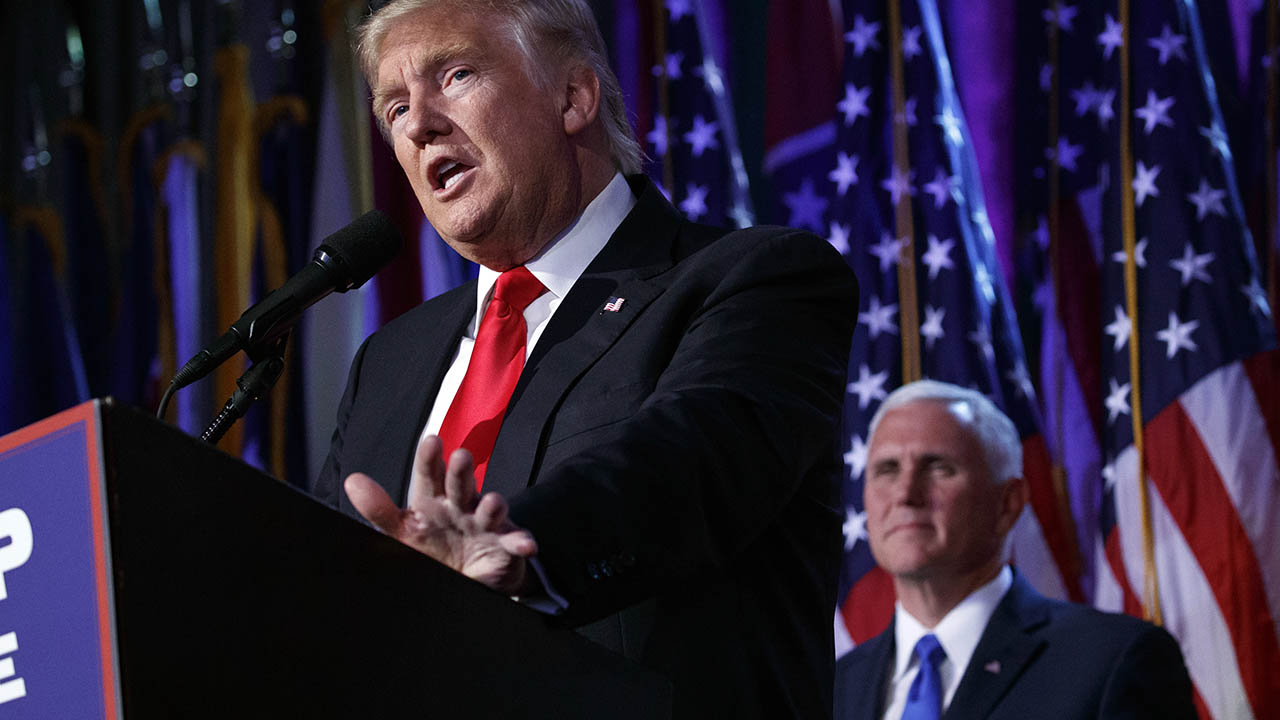 Another group stood outside the White House. They held candles, listened to speeches and sang songs.