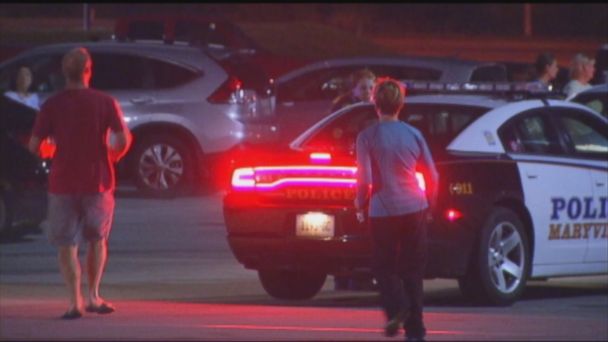 A train car carrying chemicals derailed and caught fire around midnight in Maryville, Tennessee, displacing up to 5,000 people, authorities said.

The CSX train was traveling from Cincinnati to Waycross, Georgia, when the fire broke out, Kristin Seay of CSX corporate communications said. The train was carrying liquefied petroleum gas and acrylonitrile, which is used in the manufacture of plastics.

"CSX personnel are on hand at an Outreach Center that has been established at Heritage High School," the company said in a statement. "Displaced residents are being offered assistance, including lodging."

The railroad said the substance is "flammable and presents an inhalation risk. First responders have ordered an evacuation of residences and businesses in a two-mile radius."

Blount County Sheriff's spokeswoman Marian O'Briant said, "Evacuation time could last anywhere from 24 to 48 hours, but we'll get word out as soon as we can."

While no serious injuries for first responders or residents have been reported, 22 first responders were being treated for decontamination, Blount Memorial Hospital Public Information Officer Jeff West said.

CSX said the train "consists of two locomotives and 57 cars, including 45 loaded cars and 12 empty cars. Cars of acrylonitrile are located on either side of the burning rail car. No crude oil is among the rail cars. A total of 27 cars in the train are carrying hazardous materials."

Federal railroad administration investigators are now on the scene, and they will begin their work after the scene is safe. The National Transportation Safety Board is also gathering information but has not yet determined whether to launch a team.