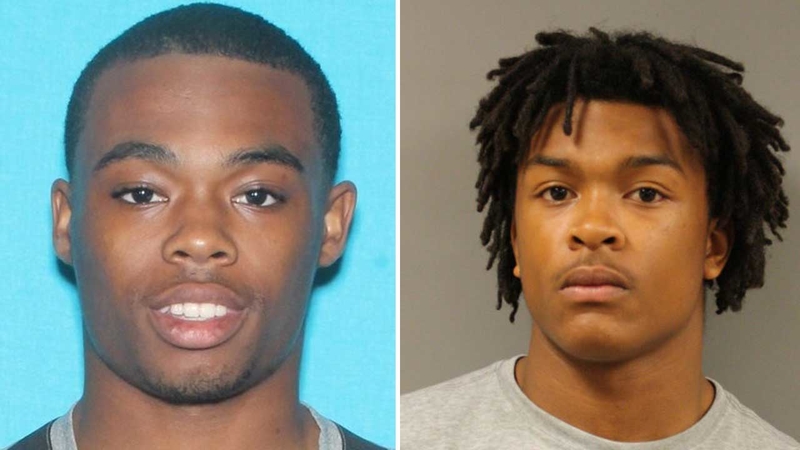 HOUSTON (KTRK) -- Investigators have arrested two men they say would call in pizza orders with stolen credit cards and then ambush the delivery drivers.

Investigators with Harris County Precinct 4 say the two suspects, identified as Darryl Taylor, 17, and Johnell Smith, 18, had been terrorizing pizza delivery drivers for the past month in the Glenloch Farms, Inverness Forest, Windrose and other subdivisions.

"In every case, once the pizza delivery driver arrived at the location, the 2 men would ambush the driver with guns drawn and rob them of money and whatever food they were delivering," said Precinct 4 Constable Mark Herman

Smith and Taylor would reportedly wear bandannas over their faces. In one of the robberies, investigators say a driver got into a physical struggle with the suspects, during which he pulled one suspect's bandanna down to see his face.

In another case, a neighbor caught a license plate of a vehicle the two suspects were seen jumping into.

A victim who was presented with a photo lineup, identified Taylor as the man who robbed him. When investigators went to Taylor's home, they say they found several pizza boxes with other evidence that had been taken.

Both suspects have been charged with robbery. Bond for each is set at $30,000.
Related topics:
robbery
Copyright © 2021 KTRK-TV. All Rights Reserved.
More Videos
From CNN Newsource affiliates
TOP STORIES