Texas teen may be blinded after fireworks accident 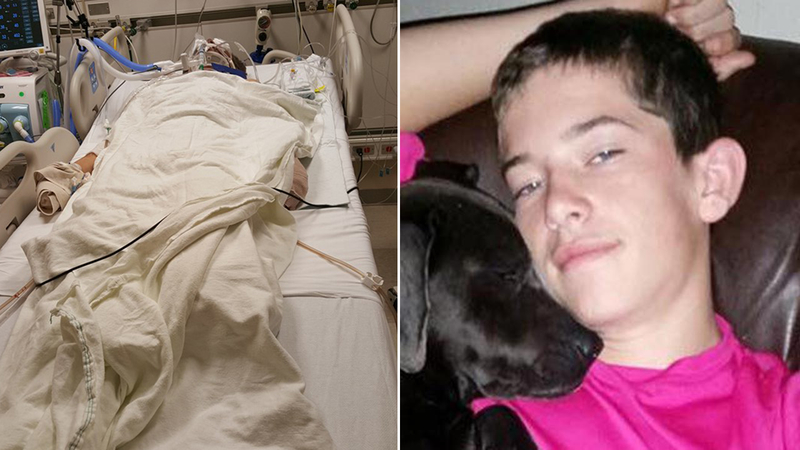 Rowdy Radford, 15, lost several fingers and part of his leg and may lose his sight after the fireworks accident Saturday night in Sargent, Texas. His mother wants his story to serve as a warning to other parents to keep a close watch over their children.

At about 11:30pm Saturday, Rowdy was playing with fireworks, according to his mother, when he decided to tape together more than 100 sparklers. As he went down to light them, the wind caught the flame and the bundle blew up on Rowdy.

The teen was taken by Life Flight to Children's Memorial Hermann Hospital, where he has undergone multiple surgeries. His injuries are extensive, and his mother, Wendy Smith, says doctors are not yet sure if Rowdy will ever see again.

Smith said her son is known for building his loud "sparkler bombs." Through tears, she described how Rowdy built his sparkler bomb Saturday night.

"He went to the fire stand and bought forty dollars worth of sparklers," Smith said.

"He takes the sparklers and has one stick out of the center, and he uses that sparkler as the fuse," Hansen said, "And once it gets down to the other ones, that's when it goes 'boom.'"

Smith was inside when the bomb went off around 11:30 Saturday night.

"Then I hear people screaming, saying, 'Your son got hurt,' Smith said, "Then after that, I don't remember. I blacked out."

Family members called 911 and Life Flight flew Rowdy from Sargent to Children's Memorial Hermann Hospital in Houston's medical center. Rowdy had his left leg amputated below the knee. He is sedated, in critical condition.

"Hopefully he'll get his eyesight back because they couldn't get in there and clean them," Smith said, "He has wires, sparkler wires in his eyes."

As families across the state and country prepare to light fireworks tonight, Smith urges them to rethink their plans.

"I pray and hope they don't do it," Smith said, "Because I don't want them to go through the same pain that Rowdy's going through." 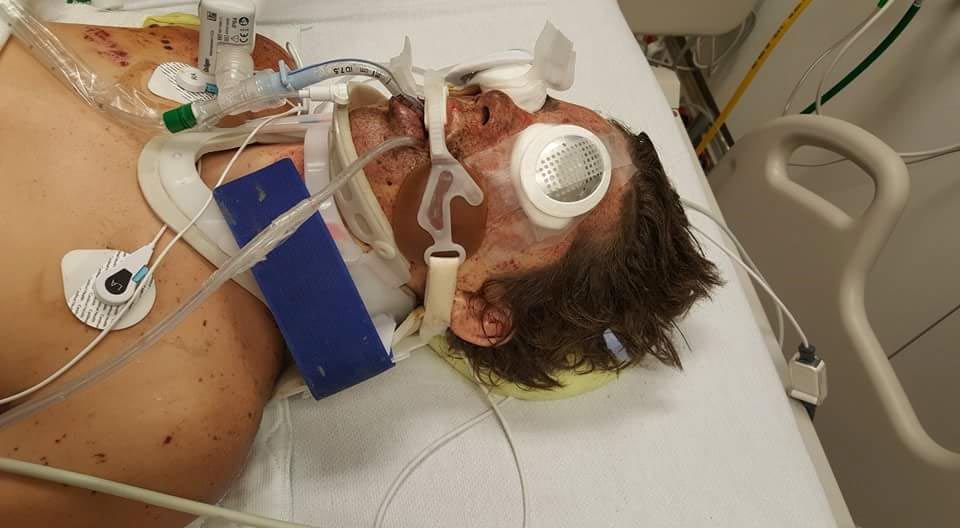 Tips from the National Council on Fireworks Safety

*Obey all local laws regarding the use of fireworks.
*Know your fireworks; read the cautionary labels and performance descriptions before igniting.
*A responsible adult SHOULD supervise all firework activities. Never give fireworks to children.
*Alcohol and fireworks do not mix. Save your alcohol for after the show.
*Wear safety glasses when shooting fireworks.
*Light one firework at a time and then quickly move away.
*Use fireworks OUTDOORS in a clear area; away from buildings and vehicles.
*Never relight a "dud" firework. Wait 20 minutes and then soak it in a bucket of water.
*Always have a bucket of water and charged water hose nearby.
*Never carry fireworks in your POCKET or shoot them into METAL or GLASS containers.
*Do not experiment with homemade fireworks.
*Dispose of spent fireworks by wetting them down and place in a metal trash can away from any building or combustible materials until the next day.
*FAA regulations PROHIBIT the possession and transportation of fireworks in your checked baggage or carry-on luggage.
*Report illegal explosives, like M-80s and quarter sticks, to the fire or police department.
Related topics:
matagorda countyjuly 4thaccidentburn injuriesfireworks
Copyright © 2021 KTRK-TV. All Rights Reserved.
TOP STORIES
Houston man accused of sexually assaulting victims he met online
HPD sergeant's 14-year-old stepson shot to death on walking trail
Fall front moves in late Tuesday bringing cooler temperatures
3 charged in NYC restaurant assault claim racial bias
Former HPD officer pleads guilty in Jan. 6 US Capitol riots
Police union blames judge for deadly shooting of HPD officer
Man dies at hospital after being shot while driving in SW Houston
Show More
COVID-19 Vaccine Town Hall with Dr. Ashton and Dr. Fauci
Texans' rookie QB Davis Mills gets starting nod on Thursday night
HPD officer's murder hangs over annual prayer breakfast
2 charged with murder after woman undergoes butt lift and dies
Texas company makes colossal move to resurrect woolly mammoth
More TOP STORIES News