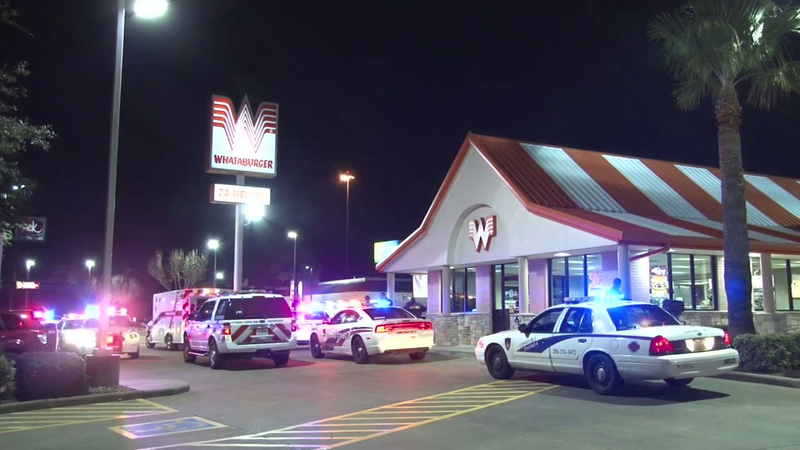 HOUSTON (KTRK) -- Police are trying to figure out who shot and killed a teenage girl in North Houston Sunday night.

First they must figure out who she was. The teen was in the back of a car when she was shot near I-45 and Dyna, according to investigators.

Police say the two males with whom she was riding drove her 4 miles north before stopping at about 12:40 am for help at a Whataburger on Airtex.

"We don't have much information to go by," said Rhonda Pemberton with the Houston Police Department.

Police have so far been unable to identify the girl. The two people she was with could identify her only by nickname, according to a detective with knowledge of the case. They've both been questioned but it's still not clear why anyone would be shooting at the car in which they were all riding.

Investigators say the girl was shot in the back but was likely not the intended target. Police are looking for any surveillance video or eyewitnesses who might be able to help them find those responsible.

The murder has shaken even those who didn't know the victim.

"I stay right down the street right here. To know that stuff is going on like that around here, is pretty crazy," said eyewitness Indra Arteaga.