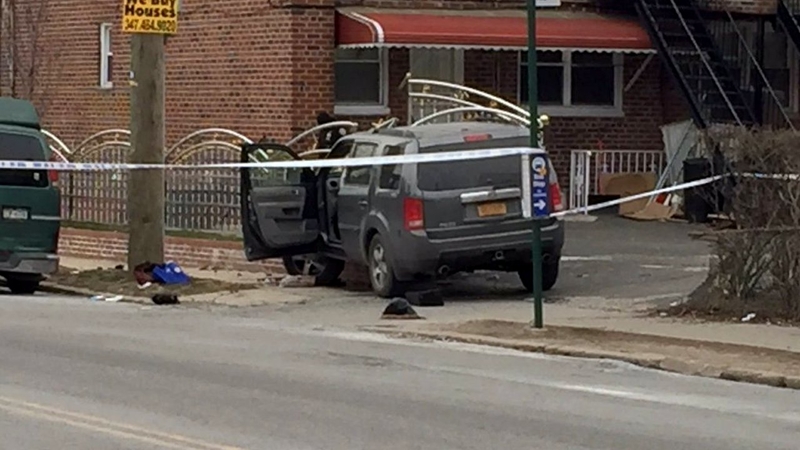 BROOKLYN, NY -- A suspect fleeing on foot from an armed street robbery was run down by an SUV driven by his victim in Brooklyn early Friday afternoon, severing the assailant's arm.

He had apparently arranged on Craigslist to meet the 39-year-old victim to buy Air Jordan 8 sneakers for $190, but instead of completing the transaction, authorities say Sam held him up inside the victim's vehicle.

The suspect then walked away from the SUV, and authorities say the victim made a U-turn and struck Sam, pinning him into a fence and tearing his arm.

The ordeal was captured on surveillance video, which was obtained exclusively by Eyewitness News.

Watch the video here: (WARNING: Video may be considered disturbing)


The driver backed up, and Sam then boarded an MTA bus in another attempt to flee the scene. The bus driver reportedly told him he needed an ambulance, and horrified passengers watched as Sam was pulled off the bus by the victim.

The suspect attempted to run to his residence on East 86th Street, but he collapsed in front of his home. 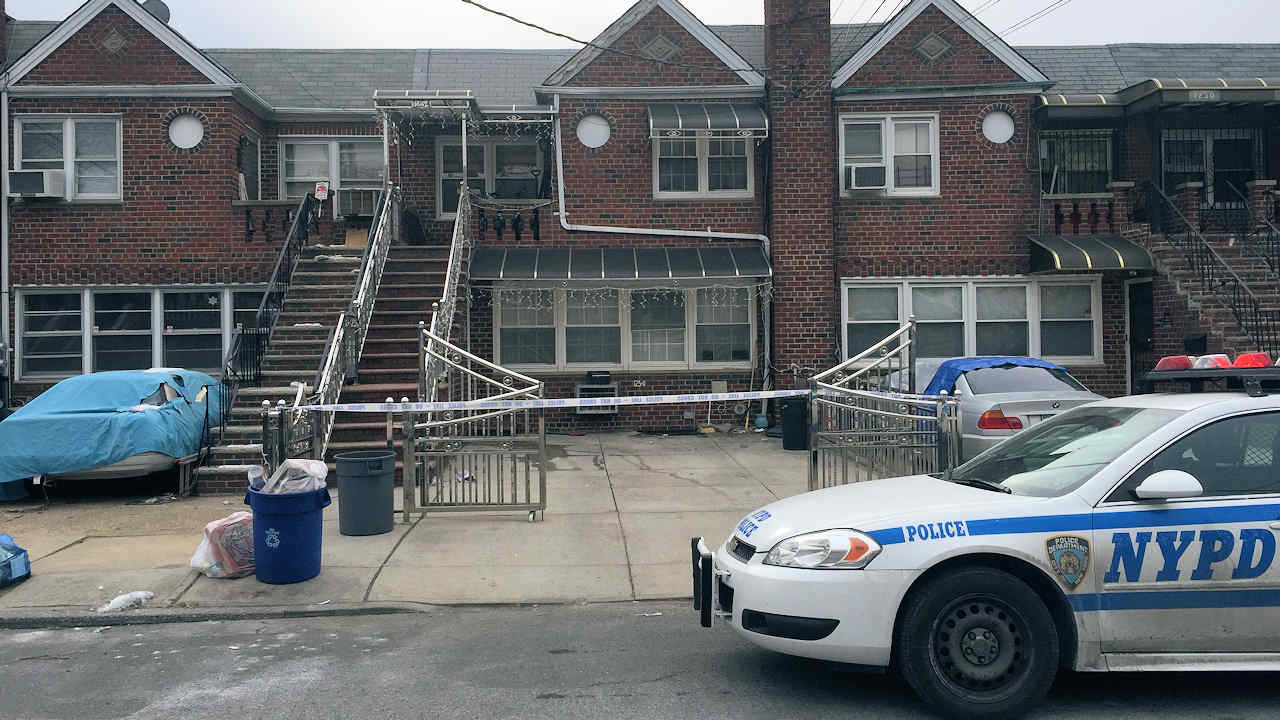 He was transported to Brookdale University Hospital, where doctors are attempting to reattach his arm.

A gun was recovered at the scene.