KTRK
By Jeff Ehling
MISSOURI CITY, TX (KTRK) -- Missouri City police are searching for a killer after the body of a 16 year old boy was found in Buffalo Run Park.

Investigators have identified the victim as Estuai Quinonez. They say he was shot repeatedly.

A jogger made the gruesome discovery around 7 am Tuesday. Missouri City Police Department Capt. Paul Poulton said, "We received a report this morning from a citizen of a body lying in one of the jogging trails inside the park."

Detectives say Quinonez's body was discovered near a footbridge.

The park was closed as investigators began to scour the park for clues which could help lead to the killer.

Poulton said, "It's one of our largest city parks, that has multiple lakes, hundreds of acres and it's going to be a lengthy process to do a very intensive search of the area."

People who use the park every day are shocked by the discovery.

Park visitor Ellis Jones said, "This is not normal over here. It's usually very quiet."

HISD tells Eyewitness News that Quinones was last a student at Madison High School in 2014. It's unclear if he was enrolled elsewhere before his death.

His family lives less than 7 miles from the scene, in Southwest Houston. They were too distraught to talk in much detail today, though Quinonez's uncle did tell us they last heard from him around 10pm Monday night. He called and said he was on his way home, according to that uncle. 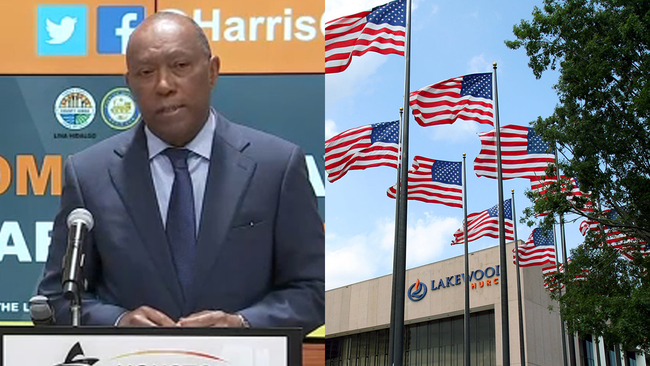 Houston mayor to speak at Lakewood Church ahead of Easter

Daily White House coronavirus task force briefing: WATCH LIVE
XFL lays off all employees and has no plans for 2021 season
Alex Bregman launches $1 million food drive to feed Houston
Man jumps off I-45 to avoid semi that ran over and killed 2 women
Cold blast coming next week?
Show More
Harris Co. emergency mgrs. encourage service at a distance
What should you do if you lost your health insurance?
New help arrives for small businesses and the self-employed
Jeff Bagwell weighs in on how Astros handled scandal fallout
Man arrives at Chick-Fil-A with gunshot wound, dies in lobby
More TOP STORIES News