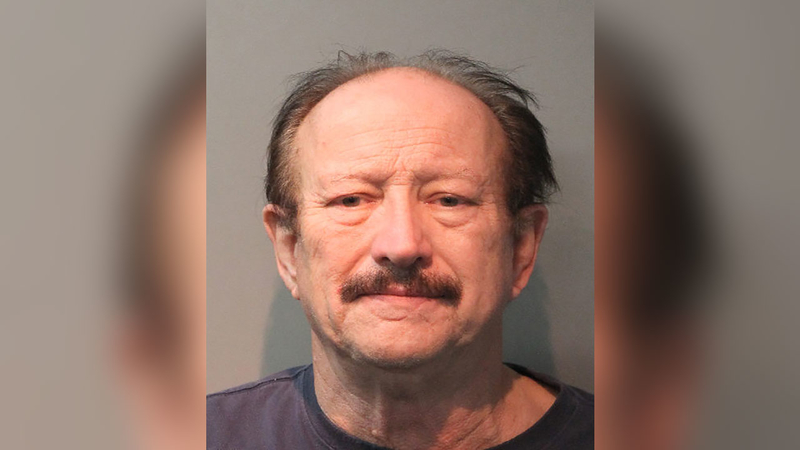 PASADENA, TX (KTRK) -- A former HPD officer agreed to pay $500 to have his estranged wife and her friend kidnapped, sexually assaulted and killed, Pasadena police say.

The suspect, Clarence Michael McNatt, was arrested on Wednesday evening. In early November, authorities received information indicating that McNatt was actively trying to hire somebody to kill his estranged wife and a second female.

Detectives claim McNatt feared his wife left him to have an extramarital relationship, possibly with the female friend.

Pasadena police give an update about an alleged murder-for-hire plot involving an ex-cop.

Two undercover Pasadena police officers who posed as contract killers say McNatt agreed to pay $500 in exchange for the kidnapping, sexual assault and murder of the two women.

He eventually produced $100 and three gold rings as payment for the undercover officers' services, police say.

Upon searching McNatt's vehicle, authorities located various devices that they believe McNatt intended to use to torture the victims.

The wife's friend, who did not want to be identified, released the following statement to Eyewitness News:

"I was in shock when I heard what happened and obviously very scared. There is no relationship between myself and his estranged wife. She is a friend who reached out for help needing a place to go to get out of her situation. He is just upset we took her in and allowed her a place to go. There is no relationship and I don't have to prove myself to anyone. With regards to his arrest, he deserves it! We are ONLY friends."

When asked about the wife, she said, "She is okay. Very scared. And also thank you to all the Pasadena police who are involved to all of this. I truly appreciate everything. Thanks for all you do."

During the investigation, authorities learned that McNatt had worked as a law enforcement officer in the 1980s and 1990s for three different agencies, including the Houston Police Department.
Related topics:
pasadenaarrestmurder for hire
Copyright © 2021 KTRK-TV. All Rights Reserved.
More Videos
From CNN Newsource affiliates
TOP STORIES