The flames broke out in the attic of a home on Valkeith and Runnymeade at 8:10am Friday before quickly spreading through the five-bedroom house.

Donna Harvey and her husband were in the middle of renovating their home of 24 years on Valkeith Street after two feet of water came in during the recent rain.

"It's not funny," Harvey said. "But it's almost comical that we could have this double whammy right here like this." 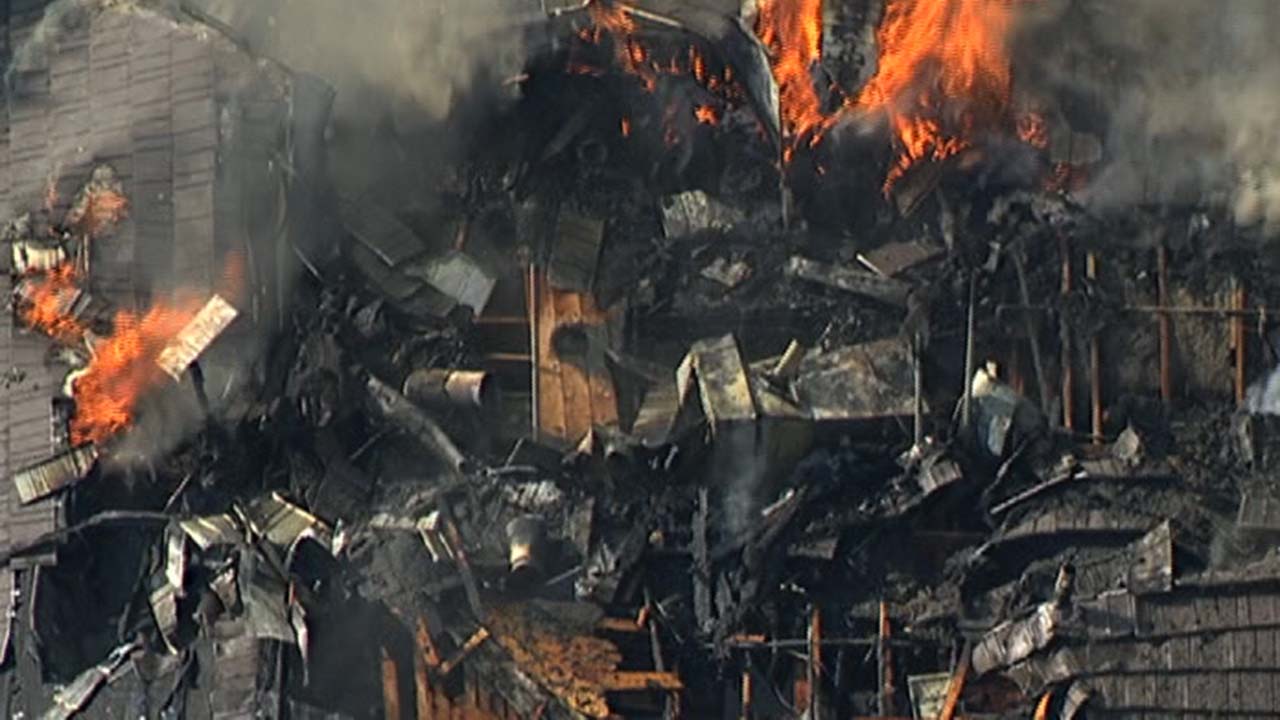 No one was injured, but two Houston firefighters suffered exhaustion.

Neighbors say they fell like this is happening to all of them.

Danny Markowitz said, "What can I say, I mean, I've been helping my neighbors clean their houses out and do everything we can do and now there's fires breaking out."

Neighbors say they reported the fire when they saw the flames. The homeowners were not home at the time.

Neighbor Ronnie Forman said, "It was white smoke coming out and by the time I called 911, I saw some fire coming out of the roof."

Another, Juanita Alvarez said, "They are very, very sweet people. They are so nice and if they're not here, where did the pets go?"

A dog emerged from the house as firefighters tried to put out the flames.

The metal roof refused to cool off. The homeowners arrived too late to do anything about the destruction.

The neighbors tell us the family had been staying with elsewhere at night.

The Houston Fire Department tells us at last contact the family had been in the house around 2:30, turned the power off. There was allegedly no power on in the house at the time the fire started.

There will be an arson investigation to determine how the fire began.

The two firefighters exhausted while fighting the flames were checked out, and are expected to be OK.
Related topics:
houstonfirehouse fire
Copyright © 2020 KTRK-TV. All Rights Reserved.
More Videos
From CNN Newsource affiliates
TOP STORIES