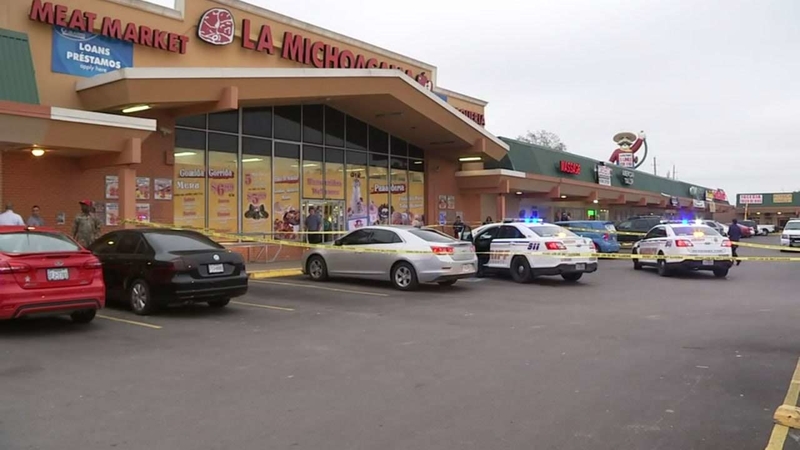 HOUSTON (KTRK) -- Four armed robbers got away with tens of thousands of dollars from a La Michoacana at 1424 Spring Cypress. That's according to the store clerk, who says he handed the cash over.

According to the sheriff's office, the four men who robbed this La Michoacana store were armed with guns and masks and they believe the suspects may be behind at least 10 other La Michoacana armed robberies in just the past few weeks.

"He knew what he was doing. Right away he knew where the safe was because he pointed to the safe, 'Gimme that money in there.' He knew where the money was," robbery victim Krystal Zambrano said.

After the men left the store, officers were tipped off about the getaway car.

"When I caught up to them they were flipping through the money," said Justin Knight, who chased the suspects on his motorcycle. "And there happened to be a sheriff's deputy sitting right there, and I flagged him down. And from there they did the police pursuit."

Officers followed closely and finally caught three of the suspects at an apartment complex about 12 miles away.

One suspect is still out there.

The clerk said the guys knew what they were doing. No one was injured in this armed robbery, but in several others victims were pistol whipped before the cash was taken.

Police say at least two of the suspects are minors.