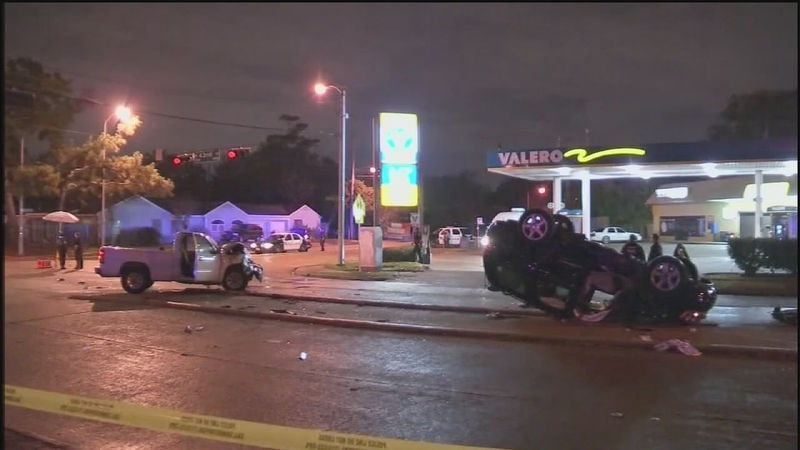 One dead in wreck in NW Houston

HOUSTON (KTRK) -- Houston police officers say a man on his way to work was killed by a suspected drunk driver late Thursday evening.

Investigators suspect Samuel S. Johnson, the driver of a white GMC pickup truck ran through a red light and smashed into a black Chevy Tahoe. Johnson is charged with DWI and failure to stop and give information.

When Eyewitness News arrived on scene, you could see heavy damage to the pickup truck. The Tahoe landed upside down.

Detectives told us the pickup truck driver caused another accident nearby and was fleeing the scene when the second crash occurred. The first crash happened on Ella when a woman said she was rear-ended and the driver took off down W 43rd Street.

The woman in the first accident was not injured.

Both drivers in the Tahoe and GMC pickup were taken to Northwest Memorial Hospital. The Tahoe driver, who Eyewitness News has learned is 40-year-old Chris Lopez, died on arrival.